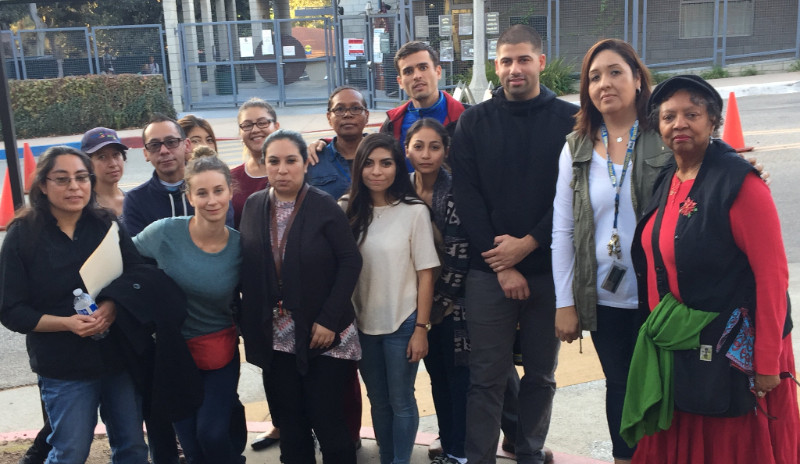 After intense pressure from Local 2010, UCLA announced that all employees will receive two days of administrative leave with pay for those affected by the recent devastating fires.

“This is a tremendous victory for our members who stood up against an injustice,” said Jason Rabinowitz, Teamsters Local 2010 Secretary-Treasurer.  “By standing together as Teamsters, we showed our true power and ability to help the lives of not only our members, but all University of California employees.”

“It was a scary feeling,” said Anahy Morales Garrido, UCLA.  “My family and I were forced to evacuate.  We were out of power for over 12 hours and the air quality was so poor.  Many of the roads were closed coming in and out of Santa Paula.”

At those departments that chose to close their doors, UCLA staff and Teamster members were told to use their personal time off or go without pay. Our members in Early Child Education and the Lab school protested and helped win two days of administrative leave for campus employees. Continuous pressure from the Teamsters lead to same benefit being extended to medical center employees.

“The fires have caused a tremendous hardship for my colleagues and our families,” said Annette Vidal, UCLA.  “It’s stressful enough having to deal with the actual fire and smoke.  The two days of administrative leave will be a big relief to everyone impacted by this disaster.”

If your situation requires more than two days, please contact your department and ask for administrative leave with pay for any additional days needed.  Other work accommodations may be available.  Please contact your Union Representative if you have any problems.

Thank you to our members at ECE and the Lab for their tremendous work.  When we stand together, we win together.