We Stand in Solidarity with Striking Marriott Workers 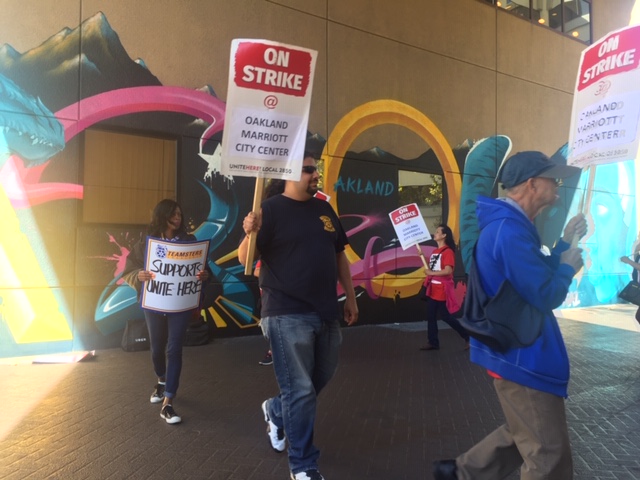 “These brave workers are striking to be paid enough to live, just as we did,” said Jason Rabinowitz, Secretary-Treasurer of Teamsters Local 2010. “Their fight is our fight, and when they win it will benefit all working people.  That’s what the Union is all about – when we stand together, we win together!”

The hotel workers, represented by UNITE HERE! Local 2850, are on strike along with thousands of other UNITE HERE! members throughout the country fighting for fair pay and making it clear to Marriott that one job should be enough to live and provide for yourself and your family.

“We are proud to stand in solidarity with our Union brothers and sisters in their fight for fair wages and decent benefits that come from a good Union contract,” said Catherine Cobb, Local 2010 President. “One job should be enough to live!”