We Stand with California Teachers!

Teamsters Local 2010 stands in solidarity with Union teachers in Los Angeles and Oakland, who are taking bold action for their students and for the future of public education. Local 2010 has adopted a school near UCLA, and we urge our members to join the teachers on the picket lines and rallies.

We support the educators in their efforts to win improved learning conditions in their classrooms and public education calling for crucial changes such as:

We encourage everyone to share messages of support to the striking educators in Los Angeles and Oakland by clicking the link here. You can also join the teachers of Oakland in their upcoming day of action or join the teachers of UTLA on the picket line on Monday, January 14. 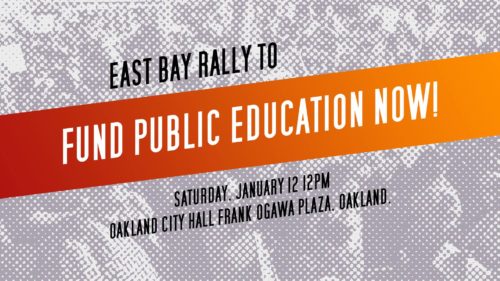 Join the movement to save public education on January 12 at the East Bay Rally to Fund Public Education!

The East Bay Coalition of Public Educators, a coalition of educators, parents, community, and students are also fighting for increased state funding for public schools – among the lowest in the nation. The underfunding of our schools and social services has especially hurt high needs students, especially those with special needs.

Go to https://oaklandea.org/ for updates. 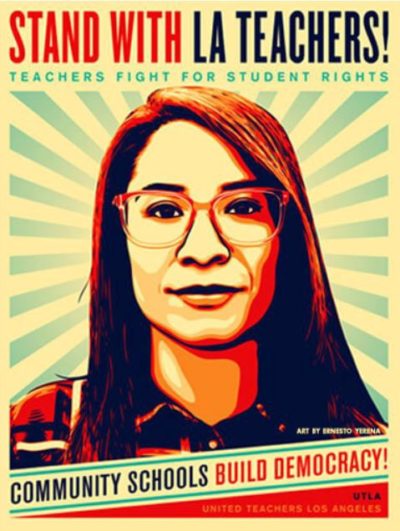 UTLA Strike Called for Monday, January 14
The over 30,000 members of UTLA, the United Teachers of Los Angeles, have called for a strike for Monday, January 14. LAUSD is the 2nd largest school district in the country, yet they’re severely underfunded and understaffed. Going on strike is never an easy decision. In fact, as well all know, it’s a last resort. Workers put everything on the line to stand together for what’s right. That’s what educators are prepared to do Monday.

Want to Find Another Location?
Visit UTLA Adopt-A-School to see a map of all LAUSD campuses and check www.WeArePublicSchools.org for picket and rally times.