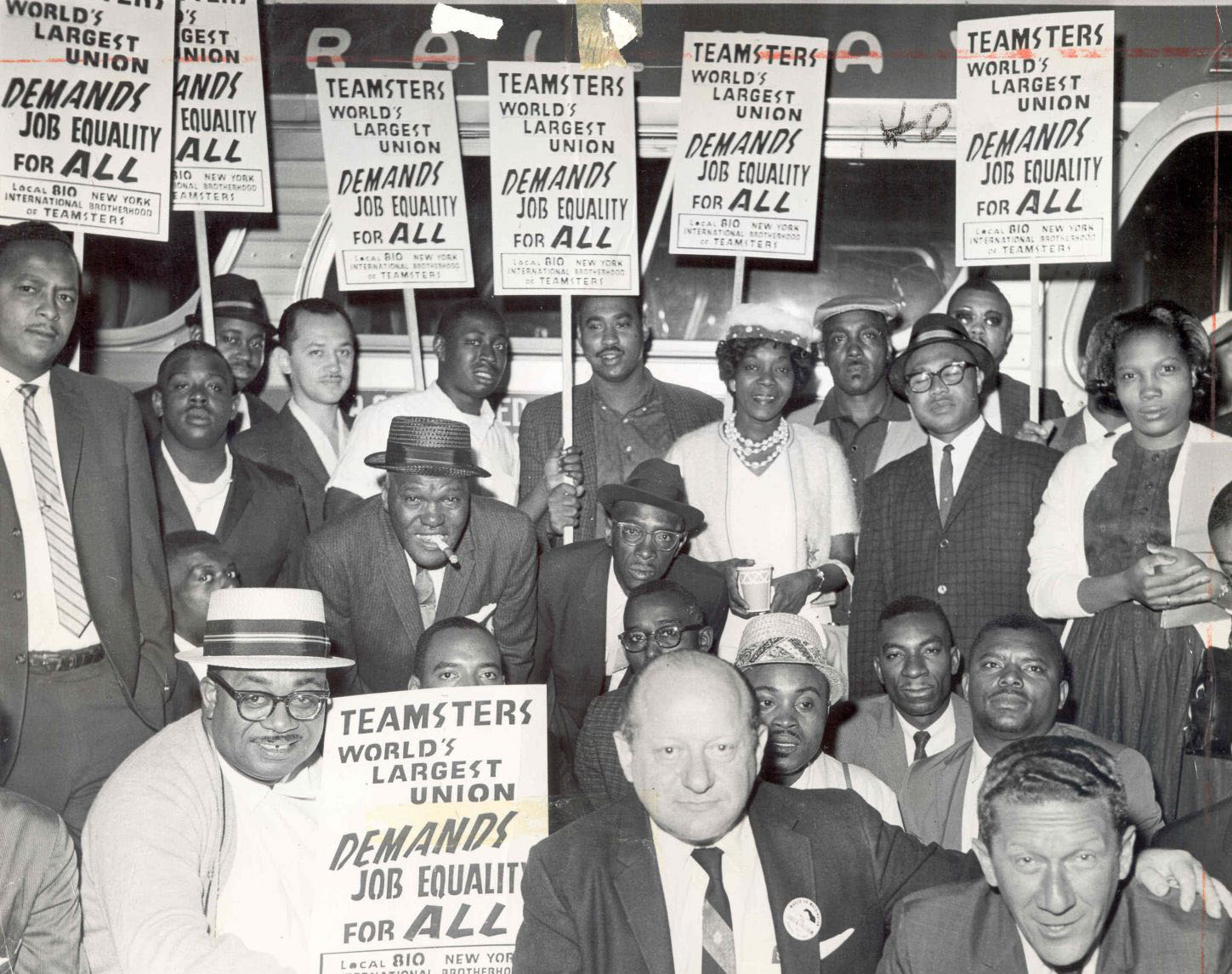 Today, we celebrate the life of Dr. Martin Luther King and the civil rights movement that has stood with the labor movement in the fight for a more just America. Dr. King stood shoulder-to-shoulder with working people and our Unions until the day he was assassinated while in Memphis to support striking sanitation workers.

“The labor movement and the civil rights movement must stick together,” he said.  Dr. King taught that the economic justice that we win by standing together in our Union is indispensable to the cause of racial equality.

“What does it profit a man to be able to eat at an integrated lunch counter if he doesn’t earn enough money to buy a hamburger and a cup of coffee?” said Dr. King.

“The labor movement opposes racism and works for unity and equality of all people,” said Jason Rabinowitz, Secretary-Treasurer of Teamsters Local 2010. “Union power comes from working people standing together to win fair treatment at work. When we are united we are strong, and anything that divides us makes us weaker.”

“We are proud that the Teamsters Union has long supported the cause of equality,” said Catherine Cobb, President of Teamsters Local 2010.  “Our Local is one of the most diverse organizations in California, and we are standing together to protect our standards in the face of great challenges.”

The Teamsters Union was racially integrated from the very beginning, even in the south. Our Union supported Dr. King and the civil rights movement. Countless Teamster members marched and organized against Jim Crow and discrimination. Teamster President James R. Hoffa famously presented Dr. King with a check for $50,000 to support the work of his organization. Today, the Teamsters Union stands for the rights of all working people: black, brown and white; women and men; immigrants and native-born.

With all our progress, we have yet to reach our goals of true equality. A study by the Economic Policy Institute a showed that even as our economy has grown, workers’ wages have not. Even worse, a black man makes 73 cents for every dollar of his white counterpart. That number drops to 60.8 cents for black women.

Unions and collective bargaining reduce overall income inequality across-the-board. Our Union contracts protect all workers and ensures we are paid equally no matter our race or gender.

So today, we recommit ourselves to standing together to build our Union for justice and the freedom that comes with fair wages and benefits.