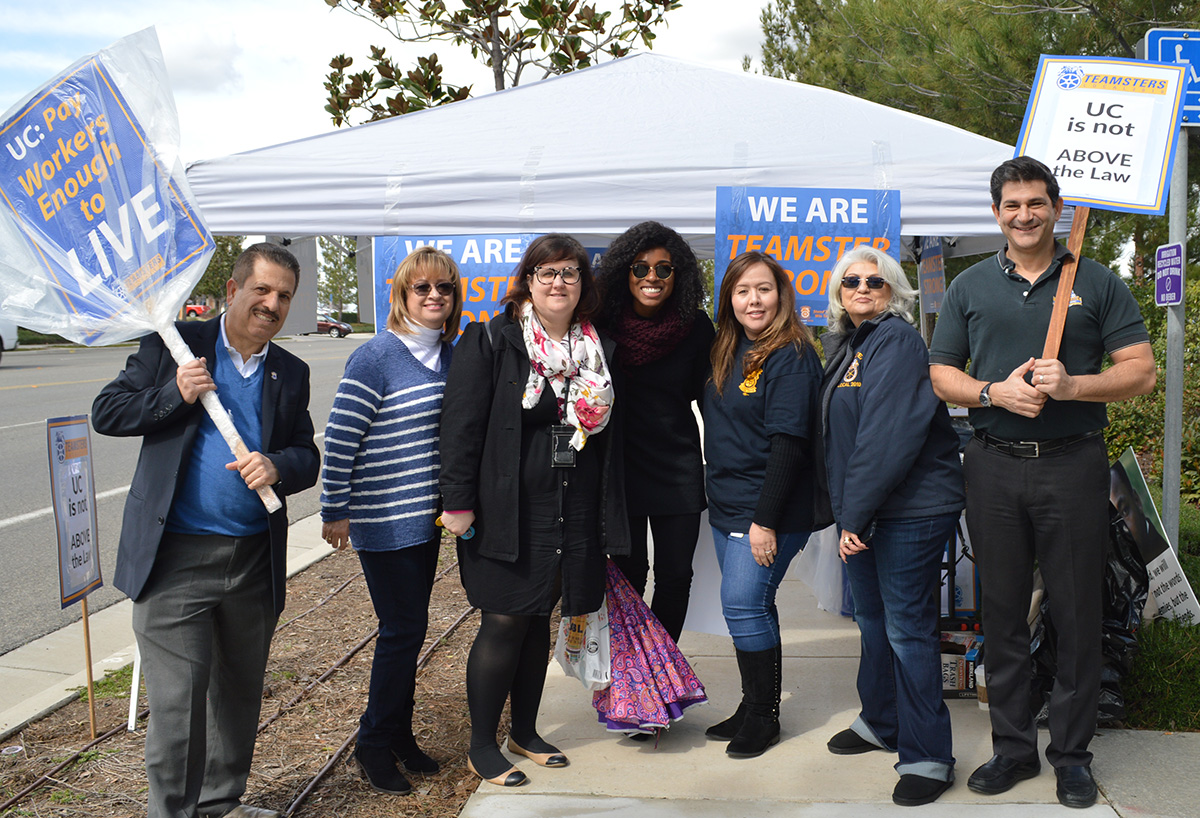 Local 2010 members and UC workers picketed outside the UCPath building in Riverside, California on Thursday, February 21 protesting the widespread problems with UCPath, the University of California’s new payroll system, which has caused losses in pay and benefits for thousands of UC employees statewide and excessive workloads for hundreds of workers at the UCPath facility.

Click here to view photos and videos of the event.

“This is a case of colossal mismanagement of taxpayer funds and arrogant disregard for the rights and well-being of workers,” said Local 2010 Secretary-Treasurer Jason Rabinowitz. “The University has spent nearly a billion dollars on a payroll system that fails to pay workers what they have earned. UC compounds the problem by refusing to make employees whole in a timely way and flouting state labor laws that every other employer in the state must follow.”

Members of the community also came out in support of the action.

“You must fight for your rights,” said Reverend Norman Copeland of the First African Methodist Episcopal Church. “The generation before you did and the generation before that did. You are worthy of your wages if you do the work. Not just wages but living wages. Wages that allow you to live with dignity and respect. Fight for it. Stand up for it.” 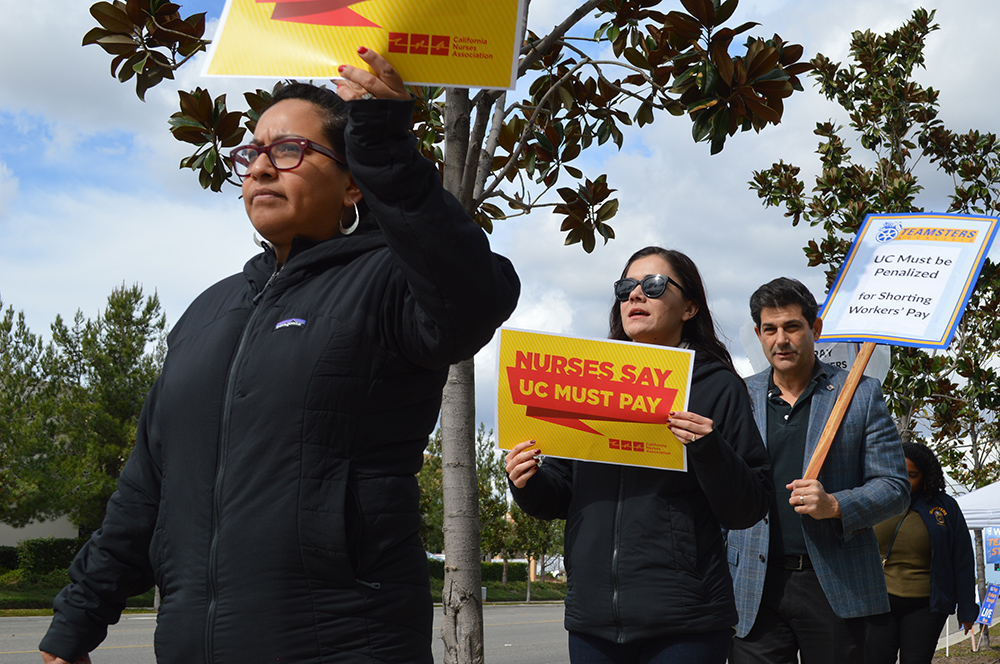 UC employees across the state report having their health coverage cancelled and receiving short paychecks that have forced many to take out loans or ask family for assistance.

To make matters worse, intentional understaffing by management at the UCPath facility has caused skyrocketing workloads that force many employees to work 12-hour days, resulting in fatigue, increased error rates, and high turnover of employees.

“Since the implementation of UCPath, UCLA Nurses have raised numerous concerns to UCPath and local management including inaccurate vacation, sick, and holiday accruals, nurses being dropped from their healthcare, and not receiving correct payment on time,” said David Yamada, Registered Nurse, UCLA.  “We work hard to provide the highest quality of care for our patients and expect the University of California to honor and value our work and delay the implementation of UCPath.”

In 2011, the UCPath program was originally estimated to cost $306 million and be completed in 2014. Since then, the State of California found that implementation would cost $942 million, more than three times the original estimate.

We will continue to fight for those members impacted by the UCPath transition and ensure they receive their full pay and benefits. If you have any issues with your pay or benefits accrual, please contact your Union Representative as soon as possible.