Power In Representation – Union Victories in the Workplace 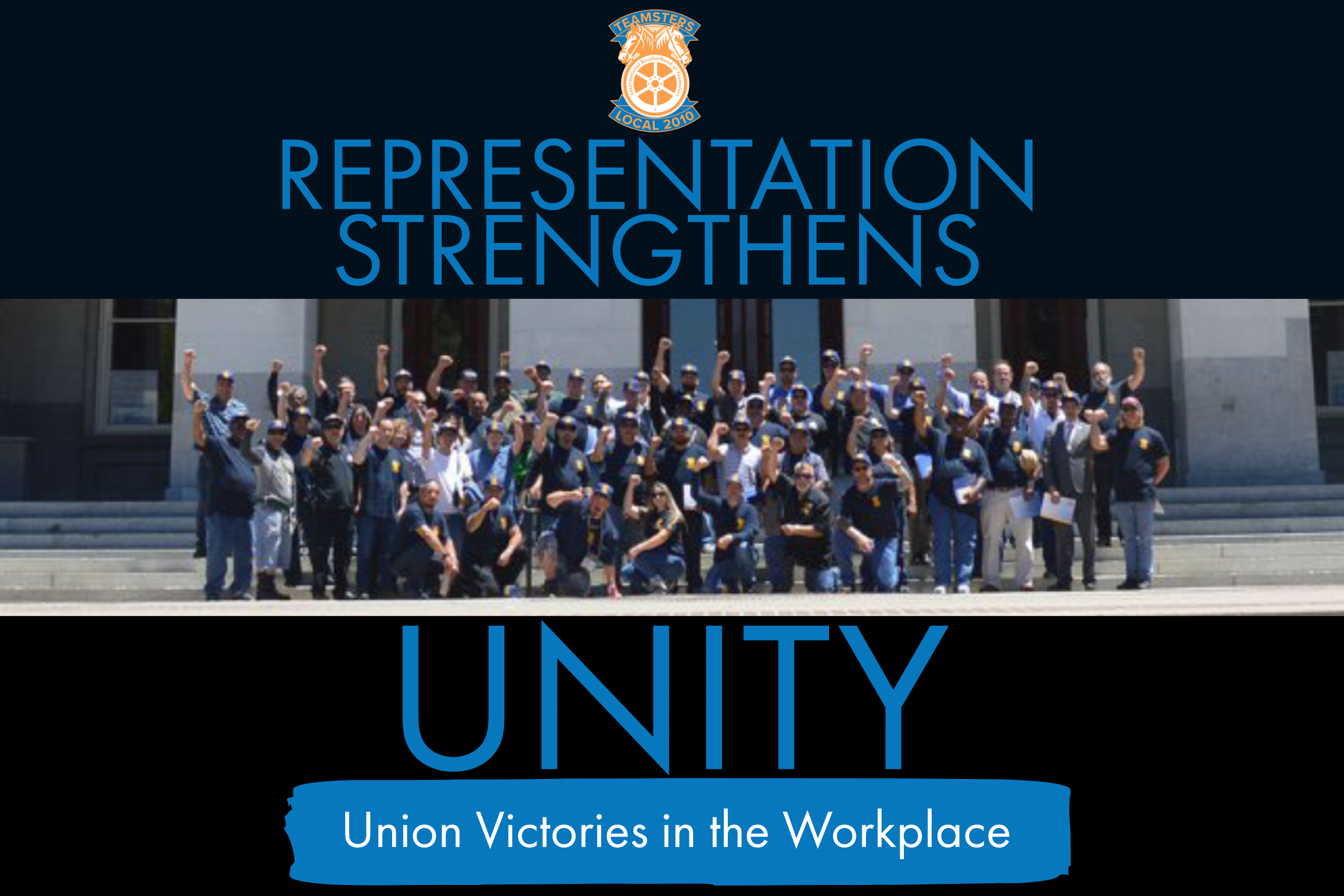 At Local 2010, we pride ourselves in providing our members with the best representation out there. Through our collective power and experienced Union Representatives, we have been able to win victories benefiting our members and their families.

Here are a few of our recent victories:

• Our UCSF member was denied on reasonable schedule change request for medical reasons. The Union filed a lack of interactive process grievance and won. The member’s schedule was changed.

• After over a year of pushing for a reclass to an AA3, our UCB member called her Union rep and they made an audit request for the equity adjustments and reclasses in the Unit. Management responded with a $4.00/hour raise and almost a year of retro pay for our member.

• Our Union and a group of members at the Santa Monica Clinic submitted a petition and filed a group grievance on a bully boss and before any meetings were held, the uni-versity announced that the supervisor had been moved from the clinic and would not be returning.

• A department was attempting to impose an internal policy on a UCR member, man-dating the use of comp time during the month it was earned. This policy also required the use of comp time before the use of vacation accruals. An approved vacation request was changed to comp time without the members approval. Our Union filed a grievance for the violation of Articles 10 and 44, arguing this policy was an attempt to create a maximum comp time accrual lower than what is listed in the CBA (10.L.3.b) and an in-appropriate denial of a vacation request (44.D.2), since comp time off was approved in lieu of vacation. Our Union was successful in having the members choice for accrual use honored and totals were adjusted. An even bigger victory is that the policy was rescind-ed and is no longer used in the department/division.

• Our UCSC member with the help of our Union won an overtime payment of over $54k due to not been paid Overtime since 2016.

• Three of our AA I’s at UCLA filed a grievance for not receiving out of class pay despite doing higher level work. They were reclassified to AA 2’s resulting in a $2.00/hour raise with retro pay back to October 2018.

• Our Union was able to get a denial of vacation leave overturned on the basis that the leave was unreasonably denied citing nonexistent operational needs. The decision was reversed, and the member was able to spend the day with her son that was being de-ployed overseas.

• While our H&W Maintenance member was out on maternity leave, management tried to claim she abandoned her job and was not going to allow her back because they had already hired someone to take her place. She got our Union involved and together we made management aware that their actions were illegal and discriminatory. Our member and Union asked for proof that she had abandoned her job as management had claimed when they were aware, she was on maternity leave. Management had no proof of their claims, so she returned to work, but they then tried to give her a different schedule that included both Saturday and Sunday. Our Union demanded they put her on the same shift she had had prior to her leave and was successful in that as well.

• Our Union filed a grievance which resulted in two long time vacant positions now being filled at UC Merced.

• AA IV members at UCD Campus and Medical Center received equity increases due to the newly hired employees being brought in at a higher levels of pay.

• Our UCB member and our Union prevailed, after a long fight, by winning her a 5-step equity increase. The department was bringing in new employees at a higher pay rate and had been refusing to address the issue.

• UCSF police dispatcher’s department was practicing favoritism and not following over-time contract language. Our Union held a meeting with Labor Relations and the matter has been resolved.

• Our UCLA member was on medical leave and upon her return found out that her shift was given away. Our Union objected to the change, and she got her shift back.

• Our Union was able to obtain a 10-step wage increase and retro stipend for a UCSC member.

• Our UCB member received a 3-step equity increase after finding out there were inequities within the unit and taking action on the issue.