Teamsters Testify on How $1.5 Billion Could Have Helped CSU Workers 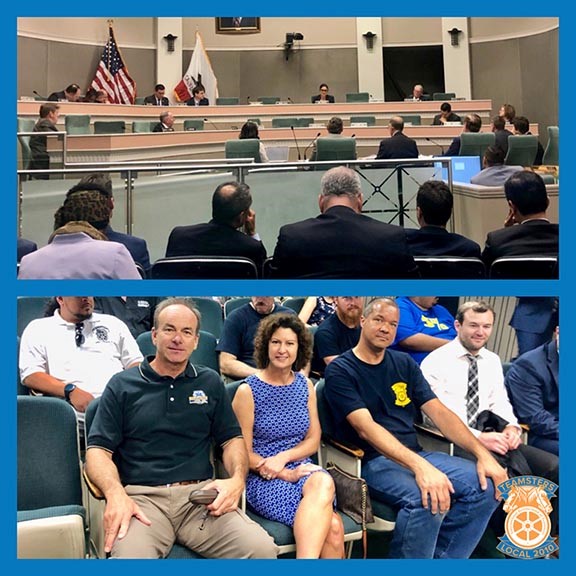 Teamsters Local 2010 members joined CSUEU and other Union members at the Aug. 12 Joint Legislative Oversight Hearing in Sacramento. The hearing included members of the Assembly Higher Education Committee, the Senate Education Committee, and Assembly Budget Subcommittee 2 on Education Finance. The roughly four-hour meeting was to discuss the results of a report by the California State Auditor that showed the California State University deposited $1.5 billion into discretionary outside bank accounts from 2008 to 2018 and failed to disclose this information to the Legislature and the CSU community.

The auditor also found that the CSU Chancellor’s Office failed to ensure that campuses explore alternatives to costly parking structures even as they charged exorbitant parking permit fees. Assemblymember Sharon Quirk-Silva, who authored the audit request, stated during the hearing that many students at CSU Fullerton don’t use campus parking because it’s so costly.

“During this same time, annual tuition nearly doubled, and the legislature and voters increased financial support to the CSUs,” Quirk-Silva said. “Throughout this same time, students and parents have had to shoulder huge tuition increases. When the campuses had the ability to make education more affordable, they failed to do so.”

Teamsters 2010 Skilled Trades Director Drew Scott spoke during public comment on the CSU’s use of outside accounts and how the money could have been used to reinstate step raises for CSU employees.

Teamsters 2010 members have said this money could have been used to ensure adequate staffing, address the CSU’s more than $3.7 billion deferred maintenance backlog, and give staff fair compensation. The report also found that campuses and the Chancellor’s Office recorded millions of dollars in savings on salaries that could contribute to this surplus.

Scott cited a page in the audit that says the CSU is exempt from a budget requirement to track salary savings.

“Nothing was stated here about that,” Scott said. “And I would hope that the Legislature does whatever it has to do to stop the CSU from having that exemption so that this money is tracked.”

Our Union will continue to track the results of the audit and keep members informed.