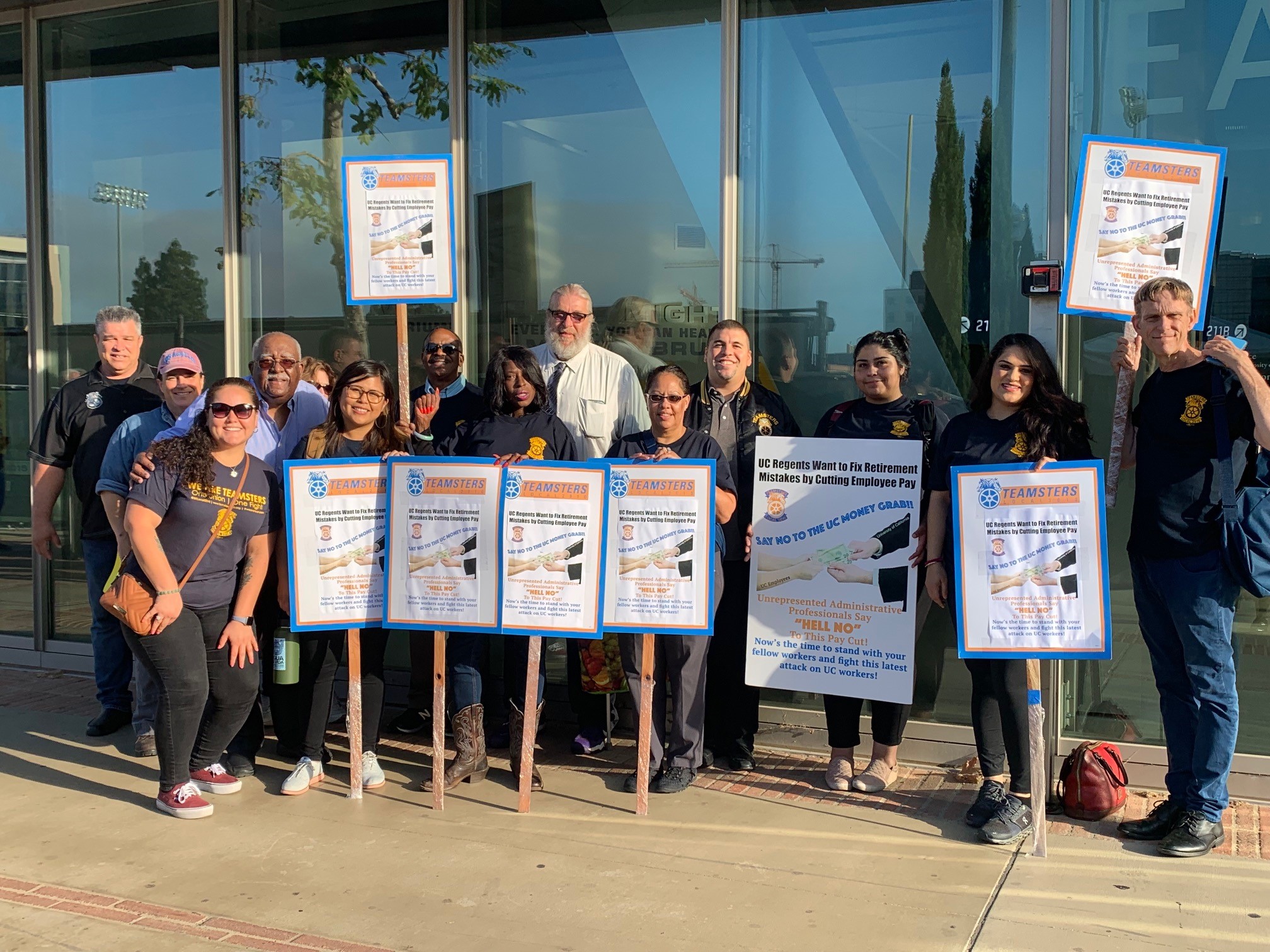 The UC Board of Regents is going forward with their plan to implement a 1.5 percent increase in the employee contribution to the Retirement Program. This is despite testimony at the Sept. 18 meeting of the Board of Regents by Teamsters Local 2010 members and a worker from the Administrative Professionals Network on the negative effects this reduction in take-home pay will have on workers.

Newman said families will have to make tough decisions regarding household expenses in order to absorb the cost, and some will have to take on second and even third jobs.

Ali Tweini, Clerical Unit Steward at UCLA, said: “I’m here to ask for your support for these hard-working men and women, not just for the Teamsters, for all the workers across the UC system. The 1.5 percent increase that was proposed on the retirement, this is half of the increase that they will get. We need to do better.”

Administrative Analyst Ronald Richards cited that he will have to work until he is 76 to earn a retirement package equivalent to $30,000 per year, while living in one of the most expensive metropolitan areas in the world. 1

Go to www.teamsters2010.org/videos to see Teamsters 2010 member testimony at the Sept. 18 UC Board of Regents. 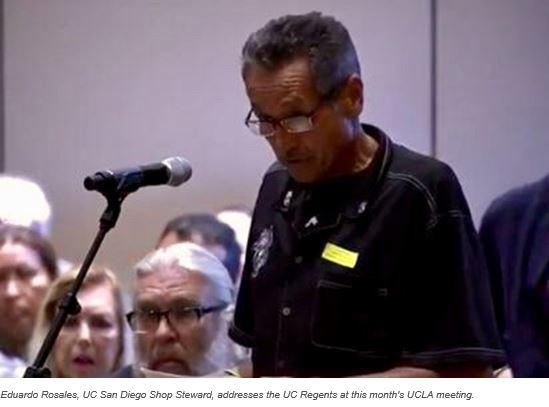 Earlier this month, the UC announced that their charitable endowment has grown to $126.1 Billion, with a pension fund of $70 Billion 2 – meaning that UC has more assets than over 130 different countries.3 In all ways, the UC’s wealth is increasing. Many of us, on the other hand, are taking second jobs just to make ends meet.

Not only can UC afford to fund our pensions, they can afford to pay us more. If approved by the UC Board of Regents, this retirement contribution increase, along with the latest parking fee increase for many of us, will whittle away at our 3 percent wage increase.

Sign our petition to say NO to the UC Regents money grab here.