This month our country and our labor movement celebrate Black History Month, and the leadership, ideas, and actions taken by Black Americans who have contributed to the greater good of America and Labor. Our Union is strongest when we are united, and so we rededicate ourselves to stand together for equality for all people and against racism and division. We also take this opportunity to thank our African American members, stewards, activists and Union staff.

Our Union supported the civil rights movement, with thousands of Teamsters marching and organizing against discrimination. One of them was Viola Liuzzo, the wife of a Teamsters Business Agent, who was murdered by members of the Ku Klux Klan in Alabama while organizing in support of the historic march to Montgomery. In her honor, Teamsters President James R. Hoffa handed Martin Luther King a donation check of $50,000 to support the civil rights movement. Today, Teamsters continue to fight for equal rights, marching in more recent Black Lives Matter and Kingdom Day rallies.

Since African American workers still face institutional and cultural racism, we urge all workers to become members to take full advantage of the protection and benefits Teamsters Local 2010 affords. A Union contract creates equality because it requires everyone to be treated fairly and equally. Black workers are Union members at higher rates than the general population. Black workers who are Union members are paid significantly higher wages than those who are non-Union, and are more likely to receive pension and health benefits. Research also consistently finds that racial wage gaps are smaller among Union members than among non-Union members.

As Martin Luther King said, “The labor movement was the principal force that transformed misery and despair into hope and progress.” 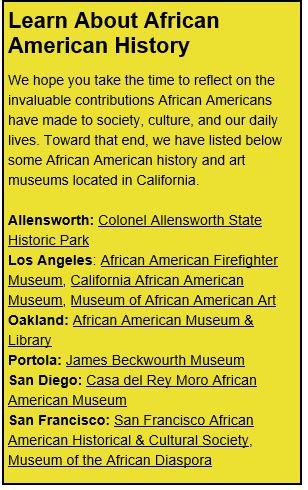