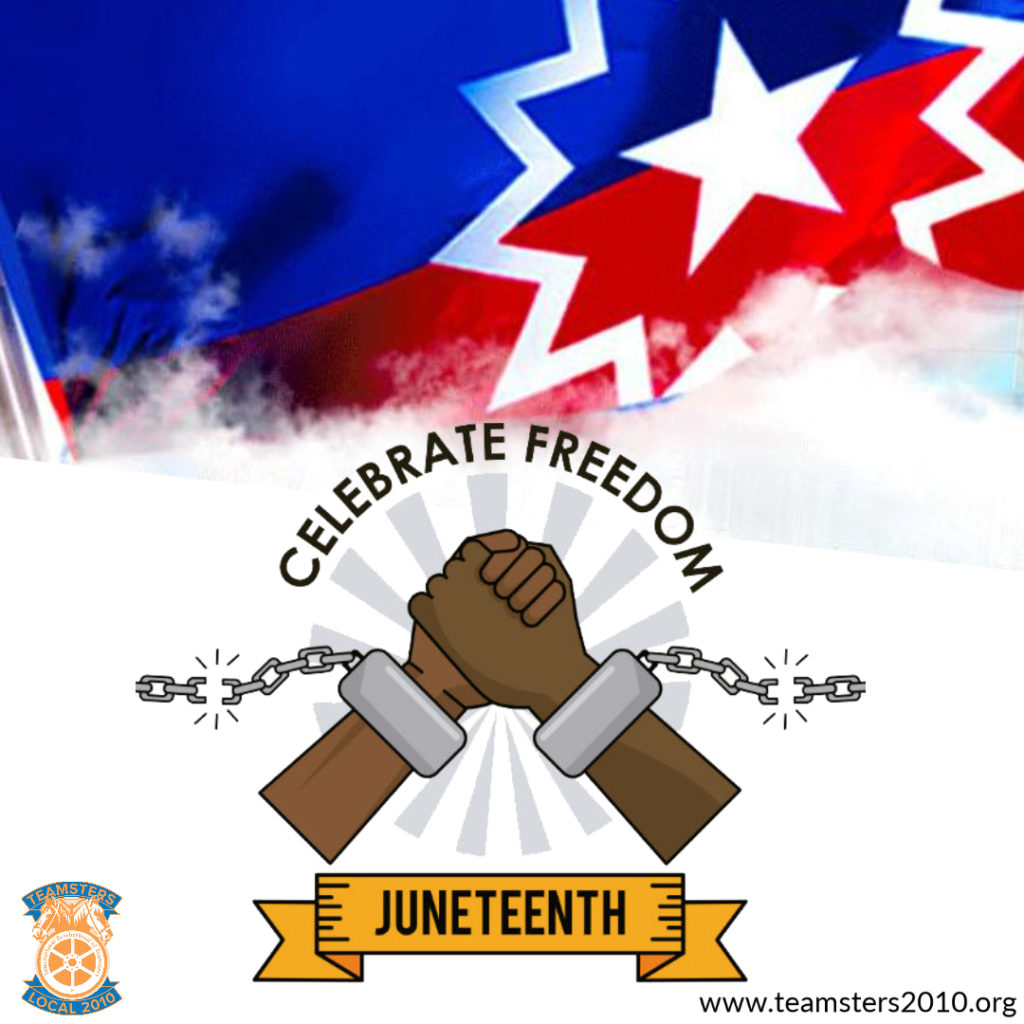 Juneteenth is the oldest holiday commemorating the end of slavery in the United States. This day is also known as Black Independence Day, Freedom Day, Jubilee Day and Cel-Liberation Day. The Emancipation Proclamation was issued on January 1, 1863, by President Abraham Lincoln, who declared:

“That all persons held as slaves within the rebellious states are, and henceforward shall be, free.”

Juneteenth is especially poignant today, more than 150 years later, as many in our country participate in the fight for freedom of African Americans to live and be treated equally. Uprisings in cities across the United States have brought together Americans of all colors to fight against institutional racism in the wake of the killing of African American George Floyd in Minneapolis – and many other African Americans killed with little to no provocation or danger to officers before and after – by a police officer who kneeled on his neck for nearly nine minutes.

The fight for equality continues, and it is our fight. The Teamsters Union unites 1.4 million workers of all races and nationalities. Our strength as a Union is in our solidarity, so we stand together against racism and for justice for all people. We are proud that the Teamsters Union, since its founding in 1903, has opposed discrimination within our ranks and the greater society. We are proud that Teamsters Local 2010 is one of the most diverse locals in the Teamsters organization, from our membership to our staff to our leadership. And this Juneteenth, we pledge to continue the fight for a more just society.

The Emancipation Proclamation made African Americans legally free from slavery, but we are still not free from the foundation of oppression of blacks that this country was built on.

“Neither slavery nor involuntary servitude, except as a punishment for crime whereof the party shall have been duly convicted, shall exist within the United States, or any place subject to their jurisdiction.”

In 1980, the state of Texas recognized Juneteenth as a state holiday via House Bill 1016 spearheaded by Al Edwards, an African American state legislator. The celebrations were revived in African American communities everywhere as momentum grew in their states, and the District of Columbia, recognizing it as a holiday or day of observance.

While it’s said America was founded on the ideals of democracy and freedom, she carries the birth defects of slavery, racism and discrimination.

The sentiment of slavery is alive and well as many African Americans are afraid of walking, jogging or even driving to the store for fear of being racially profiled by racist vigilantes or police, who are supposed to “Protect and Serve.” Due to discrimination, African Americans suffer from greater levels of unemployment and poverty, which have been exacerbated by the current pandemic.

African Americans continue to fight for justice, equality and real freedom in a country which prides itself on being the “Land of the Free.” When asked what America’s Independence Day is to the American slave, Frederick Douglass lamented: “I answer: a day that reveals to him, more than all other days in the year, the gross injustice and cruelty to which he is the constant victim.”

Therein lies the importance of Juneteenth and its commemoration as it symbolizes a true day of freedom worth celebrating and continuing to fight for and not just among African Americans but everyone!

We all have earned the right to belong to the society of free people!