Teamsters Local 2010 and Administrative Professionals at UC won a big victory, as more than 1,000 Administrative Officer 2s won the right to Union representation with the Teamsters. Our Local 2010 staff and organizers have been working hard to show the State Public Employment Relations Board (PERB) how the UC consistently misclassifies our Bargaining Unit work through Career Tracks job titles. PERB recently issued a decision in favor of Teamsters Local 2010 and added Administrative Officer 2 (7376) employees to our CX Bargaining Unit effective September 30, 2020.

“As a result of this decision, you are now united with over 14,000 clerical, administrative and skilled trades workers in Local 2010, who provide critical public services at every University of California and California State University campus, medical center and laboratory throughout the state, as well as 1.4 million Teamsters members in the U.S. and Canada. Public services is one of the largest Teamsters divisions, ensuring that you and your colleagues have a voice in the workplace.”

At least 1,000 workers in the Administrative Officer 2 title working at UC campuses and medical centers across the state will immediately begin receiving the benefits and workplace protections of our CX Contract, including the 3 percent raise scheduled for July 2021. Wage tables and pay step placement must be bargained for our new Union brothers and sisters, and that process is scheduled to begin in November 2020.

In recent years, the UC began misclassifying workers as a means to deny overtime, layoff protections, and the benefits of a Union contract. Therefore Local 2010 sought and recently received the PERB decision adding the Administrative Officer 2 (7376) title to our Teamsters Local 2010 CX bargaining unit, effective September 30, 2020.

"I feel so much better and confident knowing that the Teamsters have my back in case anything goes down! The reassurance of being represented by a strong, diverse organization that has the power to represent my best interests is everything during these turbulent times." 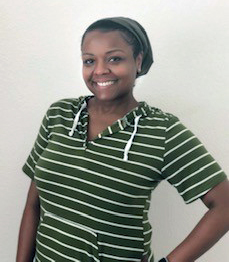