Teamsters have taken numerous actions recently to speak out against UC President Michael Drake’s proposal to increase “curtailments” and further cut worker pay rather than employ strategies that minimize the impact on UC staff, students, and patients.

Our Union sent Drake a letter on Oct. 30 expressing our objections to the proposed curtailment program and direct dealing with members. The response from UC Labor Relations was to reject our input and suggest they were only open to discussing further austerity and cuts to workers.

Teamsters Local 2010 also joined the UC Union Coalition and faculty in a letter to the UC Board of Regents with the strong and uniform message that “UCOP has no standing authority to implement de facto furloughs by sidestepping Regental review, feedback, and a final vote on the proposal itself.” The Coalition letter also states that curtailments “could exacerbate financial inequality across the system” since some campuses retain financial surpluses and others must find millions of dollars to cover budget gaps due to the pandemic. The letter then gives a handful of alternatives that would cover the budget gap more fairly without undue hardship for workers who are least able to absorb the financial hit.

The fact is that UC has billions in reserves and liquidity it can and must draw on to weather this crisis instead of continuing a program of cuts and suffering for its lowest paid staff, and bloated pay for its senior managers and executives.

Teamsters members and leadership spoke and provided written comments to the Board of Regents during their regular meeting Nov. 18-19 telling them how President Drake’s plan would affect our members’ lives.

“Teamsters reject the proposed curtailments which are nothing more than furloughs by another name. Our hard work has built UC into a successful and wealthy institution. UC should be using its billions in reserves to protect its workforce, not imposing pay cuts at the worst possible time.” 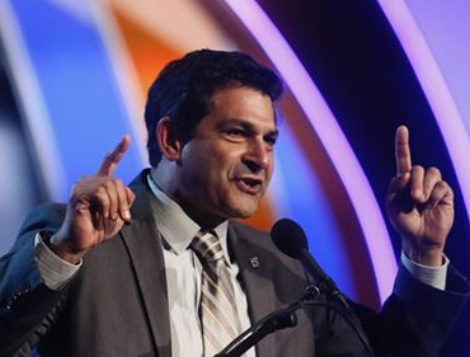