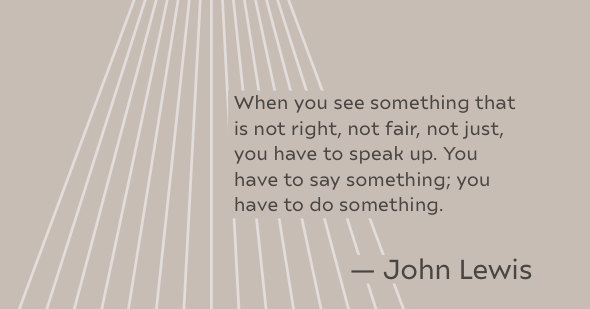 Statement on the recent anti-Asian attacks

Teamsters Local 2010 mourns the loss of life in this week’s racist attacks on women of Asian descent in Atlanta and condemns in the strongest terms the wave of anti-Asian hatred and violence over the past year. Racism and prejudice against people of Asian descent has a long history in American culture, dating back to the passage of the Chinese Exclusion Act in 1882 and even before, but the bigoted rhetoric spread by some politicians since the beginning of the coronavirus pandemic have led to more verbal and physical attacks on Asian and Asian-American community members than seen in years.

Teamsters Local 2010 rejects this racism and stands with all the activists, community leaders, and individual victims of violence allied against it.

"Our Union and the labor movement always stands for unity and solidarity, which is the source of all of our strength. We reject racism and all forms of discrimination which divides and weakens our movement."

We especially condemn the politicians who continue to stoke hatred against Asians and other immigrant communities, including falsely blaming the Chinese people for the pandemic. This rhetoric has led directly to the attacks in Atlanta, and furthermore to the rash of attacks on Asian and Asian-American women and seniors we have seen in the Bay Area. This violence has no place in our communities or our country, and Teamsters Local 2010 is committed to combatting it in every workplace we represent.

"Teamsters Local 2010 stands with our brothers and sisters of Asian descent. We will not tolerate hatred, violence and discrimination of any kind!"

Share
PrevPreviousBallots for Election of Local 2010 Delegates to IBT Convention Should Have Arrived
NextMeet the Team Members Who Will Bargain Our First Teamsters Contract!Next