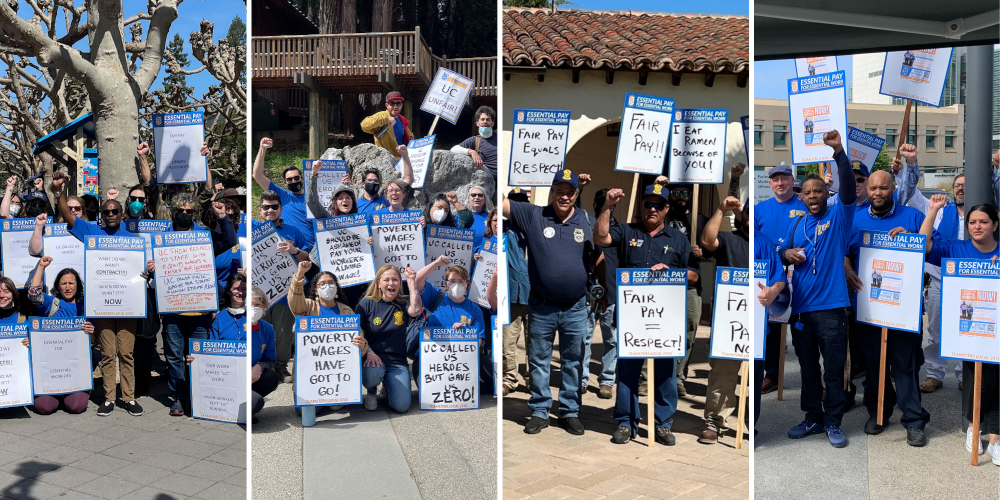 More than a thousand Teamsters turned out at campuses across the state for our Teamsters Weeks of Action, demanding the UC and CSU pay us fairly for our essential work. We showed up for 21 rallies across nine UC and five CSU campuses over the last two weeks, telling university leadership loud and clear that we’re ready to FIGHT for our Teamsters contracts!

Local 2010 members, fellow campus unions, and student and worker allies turned out by the hundreds to chant, picket, and march. We showed up at 7:00 AM to submit our demands to the UC Regents in San Francisco, joined student and Union coalitions to protest the CSU’s delays and mismanagement at the CSU Trustees meeting at CSU Long Beach, and turned out more than 350 strong at UCLA Ronald Reagan Hospital! From Merced to San Diego, Chico to Irvine, our Union made it clear to the CSU and UC:

We are Heroes, not Zeroes!

Check out the photos from each campus rally here >> 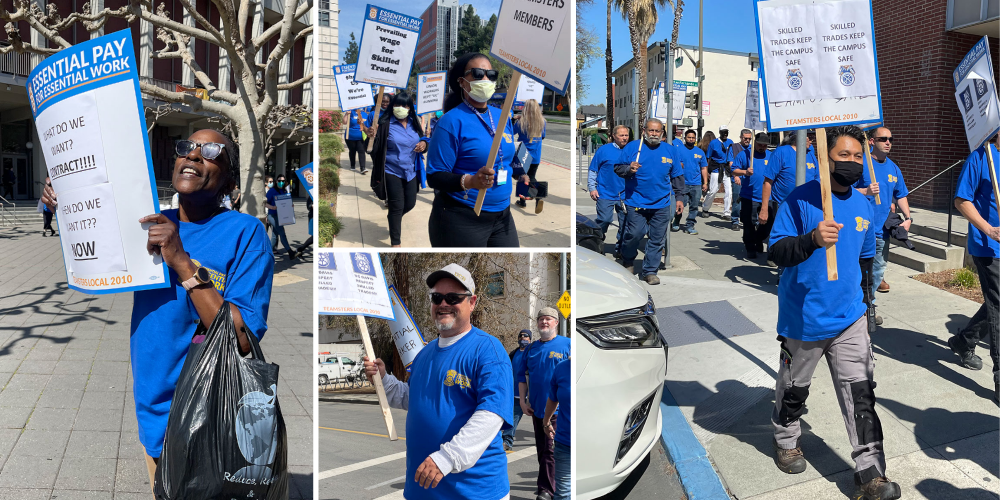 Our powerful weeks of actions were just the beginning. Teamsters 2010 members are standing strong and ready to do whatever it takes to win the fair contracts we deserve!

Thank you to every single member who came out for a rally: your energy and commitment makes our Union strong!

This is just the beginning of our fight for the best possible Teamsters contract. Stay tuned for more ways you can help show our Teamsters power and be sure to reach out to your rep about how you can get involved with the Union today!