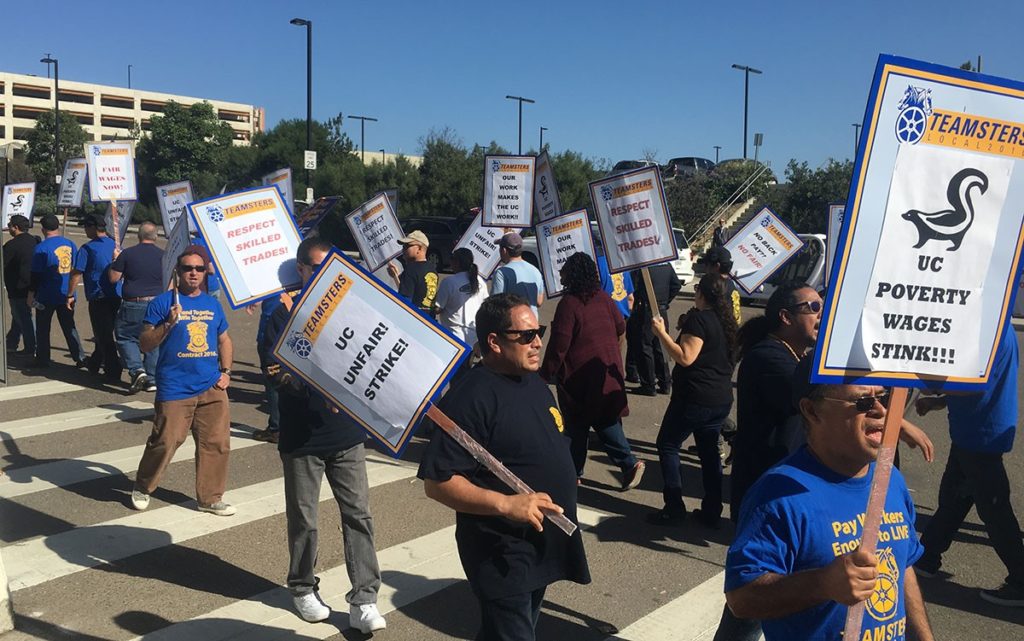 After months without a wage proposal from UCSD, Teamsters Local 2010 has filed an Unfair Labor Practice (ULP) charge against UCSD at the State Public Employee Relations Board (PERB). UCSD cannot claim to be bargaining in good faith after failing to provide a second wage proposal for multiple months, leaving hard-working Skilled Trades Teamsters waiting for answers.

UCSD submitted its last proposal on wages on April 28, to which Teamsters 2010 responded with our Union counterproposal on May 13. We have received no response from UCSD since that May 13 counterproposal, meaning we’ve gone almost three months waiting for the next step in critical wages negotiations.

Teamsters will not tolerate UCSD mistreating essential workers by delaying bargaining on wages while the cost of living skyrockets. Our members came to work every day to keep the University running through the pandemic; UCSD needs to come to the table and bargain the fair raises we deserve!

We refuse to accept any more delays. In addition to our ULP, keep an eye out for upcoming rallies and actions for UCSD Teamsters. Together we’re fighting for the good wages and fair raises we’ve earned!