Teamsters Unit 6 Bargaining Team members turned out at the California State University Board of Trustees meeting in Long Beach Nov. 15 for the CSU’s official “sunshine” of the Unit 6 contract articles they plan to discuss during upcoming negotiations. Teamsters grabbed a photo after with our California Faculty Association and Academic Professionals of California brothers and sisters, plus the Organization of Historically Oppressed Students and other student groups advocating for a fairer CSU! 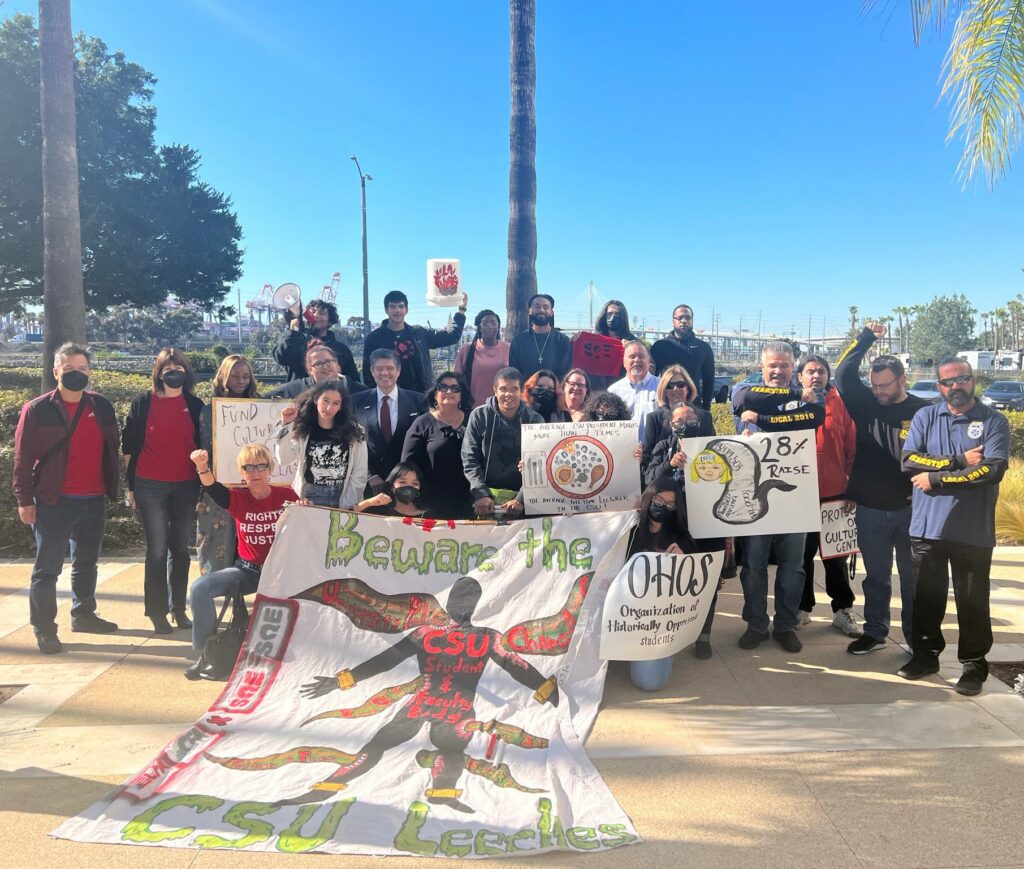