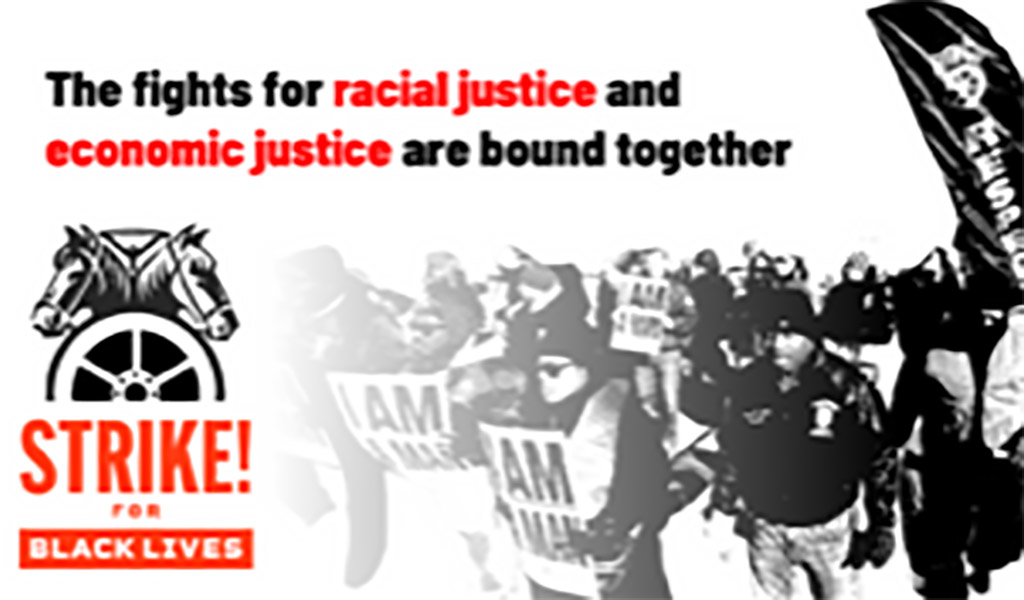 The International Brotherhood of Teamsters, along with SEIU, CWA, and a coalition of social justice groups will stand in solidarity with workers across the country who are preparing to Strike for Black Lives on July 20, with a national day of worker actions to demand social and economic justice.

In the midst of a global pandemic, and unprecedented uprisings and protests to defend Black lives, tens of thousands of workers, across at least 20 cities, will take action to declare that Black Lives Matter and to illustrate all the ways our fights for racial, economic, healthcare, immigration, climate and other justice fights are connected. The day will include online convenings led by workers, demanding action from corporations and government to dismantle white supremacy and to ensure the health, safety, and economic well-being of every worker.

On July 20, workers across the country will take part in the #StrikeForBlackLives action. Although our Teamster contracts do not permit us to go on strike, you can still stand up for Black lives.

Add your name to the 8:46 pledge in memory of George Floyd and all those taken too soon by unnecessary police violence and commit to:

Take the Pledge and/or Join an Action Near You

On July 20, worker demands include:

Find an Action Near You

* IMPORTANT NOTICE: Our Teamsters Local 2010 contracts with UC and CSU do not allow strikes while a contract is in force. Please do not participate on work time. Arrange for time off ahead of time or take your rest or meal break in order to participate. Members can be disciplined for striking, up to and including termination from employment.