Just over 300 Skilled Trades workers at UC Davis campus and Health joined Teamsters Local 2010 on Nov. 17, 2020.  These workers have tried to gain Union representation several times in past years and will finally have a voice in their workplace.  Updates on the bargaining process will be emailed to members and posted on this page. Forms and documents related to negotiations will also be posted here. 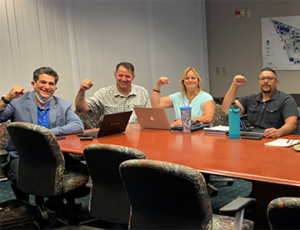 Teamsters Negotiate 3% Raise to be Implemented Soon for Davis Skilled Trades Workers! As the year comes to an end, our Teamsters Skilled Trades (K3 Unit) Bargaining Team continues to work hard negotiating the strongest possible contract for all of us. Currently we have Tentative Agreements on these articles, as 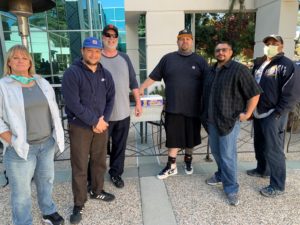 CALIFORNIA LOVE: LOCAL 2010 BRINGS TEAMSTER ORGANIZING TO HIGHER ED 2021.08.02 By the International Brotherhood of Teamsters’ Communications Staff When the Supreme Court handed down Janus V. AFSCME three years ago, many predicted that it would be a blow that the labor movement would never recover from. At the University of California

Meet the Team Members Who Will Bargain Our First Teamsters Contract!

Congratulations to our new K3 Skilled Trades Teamsters Bargaining Team members! These are the UC Davis workers who will sit across from UC Davis administration to negotiate our wages, benefits and working conditions. We have been working toward gaining Union representation for many years and we finally have the opportunity