Next Membership Meeting for UCI K9 Members: February 1 (Campus only) 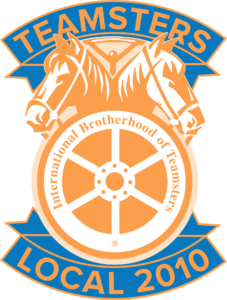 Bargaining Unit Update for UCI K9 January 10, 2022 Vaccine/Boosters Teamsters is still negotiating around issues relating to Covid, the booster as well as EPSL time.  Employees are allowed up to four hours to get the vaccine.  Talk with your manager to confirm.   Teamsters has proposed that employees be granted 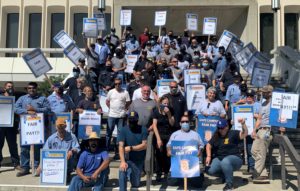 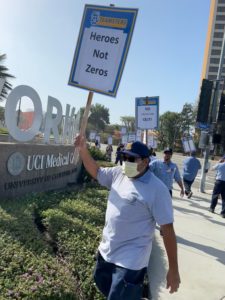 Over the course of fighting for this contract, we stood together and took action like never before! Our strength and determination paid off! During the months that UCI stuck to its low-ball offers, we marched on the Chancellor, and picketed at the campus, the medical center and a construction site.

Teamsters Skilled Trades – Standing up for our Rights!    In our first-ever UCI Skilled Trades picket line, we made a powerful statement this Tuesday with workers coming out to walk from all over UCI Campus. Steward Martin Hernandez said, “Teamsters, that was a good showing. I was proud of

Wear it EVERY Wednesday! Hats, Masks, and T-Shirts! Last week, our Teamsters Skilled Trade bargaining team submitted our Vacation and Sick Leave proposals to UCI. We proposed that employees be able to use up to 60 days of sick leave for illness and disability (like non-rep employees) and 80 hours

Show Your Support for the Bargaining Team & WEAR IT ON WEDNESDAY Wednesday, Sept. 1 T-Shirt // Hat // Mask In bargaining last week, our Skilled Trades Bargaining Team addressed Training, Holidays, and Parking. The University responded to proposals on Grievance Procedure and Arbitration. Training We proposed that career employees be eligible

No response from UCI on Teamsters’ 3% Wage Proposal  On June 9, 2021, our Teamsters’ Bargaining Team proposed that skilled trade employees receive a 3% wage increase, effective June 27, at the same time that policy-covered staff and other bargaining unit employees received increases. Although we are currently negotiating for

June Bargaining Update After having tentatively agreed to several articles on May 25, this past Wednesday, our respective teams got back down to business. UCI’s Management Team kicked off the day by proposing “No Change” to Articles 10, Promotions & Transfers, and Article 11, Out of Class Assignments, and changes

Day 1 Bargaining Update Jason Rabinowitz kicked off our first bargaining session, stressing that UCI can and should recognize our contributions during the pandemic and provide Skilled Trades Workers with a fair wage increase. He pointed out that: UCI had significant reserves before the pandemic and received massive amount of federal