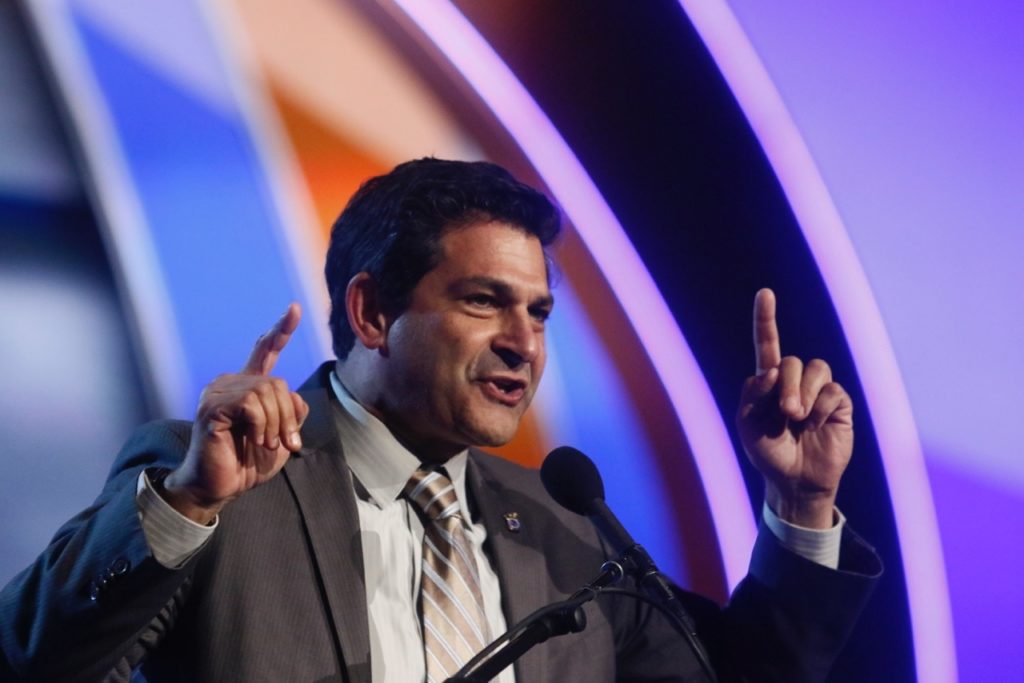 Jason Rabinowitz is the principal officer of Teamsters Local 2010, and Public Services Director
for the International Brotherhood of Teamsters, with decades of experience and activism in
protecting the rights of workers.

Since coming to the Local in 2013, Jason has led the charge in transforming our Union into a
powerhouse for workers’ rights in California, taking us from 29 percent membership to more
than 80 percent for the first time in the Local’s history. Under his leadership, we have created an
effective Union Steward program, conducted powerful contract campaigns, some of which have
included successful strikes, won strong contracts with guaranteed raises for our membership,
and organized thousands of new members into the Teamsters. Teamsters Local 2010
represents nearly 14,000 clerical and skilled trades employees at the University of California
and California State University.

Jason was appointed Director of the 200,000-member IBT Public Services Division by General
President James P. Hoffa in January 2019. Jason led the effort to implement a strategic plan to
defend and build Teamster power in the public sector in the face of anti-Union attacks on public
workers. We are proud that Teamster membership in the public sector is higher today than on
the date of the anti-worker Janus decision.

Before coming to Local 2010, Jason served as a Teamster lawyer for 16 years. His success in
winning justice for workers in challenging cases made him one of the pre-eminent Union
lawyers in California. For four years, Jason served as a Professor of Labor Law at UC Davis
Law School. Jason became Executive Director of Teamsters Local 2010 in 2013 and was
elected Secretary-Treasurer and Principal Officer in 2014. The members re-elected him to his
position in 2016.

Raised in a Union household, Jason dedicated himself to the cause of labor and justice at an
early age. His mother was a public service worker and a leader in her Union. Some of Jason’s
earliest memories are walking the picket line and attending Union rallies with his family. Jason
learned early on that because of the Union, his family enjoyed a middle class living, medical and
dental care, and parental leave for his mother.

In high school, Jason organized student rallies and petitions in support of workers’ rights. He
organized students to protest against apartheid, including civil disobedience at the South African
Consulate, where he was arrested alongside civil rights and labor leaders.

In college, Jason was a student leader active in pro-labor causes. When members of the
electrical Union at a nearby factory went on strike, Jason organized students to join the picket
line. When mine workers in Virginia took the historic strike against the Pittston Company, Jason
organized hundreds of students in a “Caravan to the Coalfields” in support of the miners. When
black students were attacked on campus, Jason was a primary organizer of mass rallies against
racism, including “Hands Across Campus – Against Racism,” in which more than 4,000 students
and workers joined hands in an unprecedented show of unity. Jason was elected co-president
of his student government and served for four years as a board member of the U.S. Student
Association.

While a Union lawyer, Jason continued his activism on behalf of Labor. When the anti-union
Proposition 226 was on the ballot, Jason spoke on numerous radio shows and at public meetings as part of the successful campaign to defeat the initiative. As a leader of the Sacramento Living Wage Coalition, Jason participated in drafting the Sacramento Living Wage Ordinance, and was instrumental in its passage.

Jason lives in Oakland with his wife, two daughters, and newborn son, but on most days he can
be found somewhere in the state of California, from Humboldt to San Diego, meeting with
members and fighting for our rights.