Teamsters Local 2010 is taking a number of critical actions to protect UC and CSU workers’ jobs and livelihood as the COVID-19 pandemic is negatively affecting the state budget. By standing together and taking action, we can protect workers’ rights and help California recover sooner and emerge from this stronger than ever. Our Union is putting forward a positive vision and creative solutions to put us on the path to a fairer and faster recovery through budget decisions based on values that prioritize front-line staff and students, who are the heart and soul of the Universities. Worker and student welfare should be prioritized above expediency, above profits and above narrow, short-term goals.

UC President Janet Napolitano and UC Board of Regents Chair John Perez called a meeting with all Union leaders on Wed., May 13. The University shared information about its current fiscal challenges but did not make any specific proposals regarding how to address budget shortfalls. In a strong showing of unity and common vision, the UC Coalition of Unions sent a letter to President Napolitano and the UC Regent Chair Perez outlining our vision for an equitable budget that honors frontline staff and students.

The Teamsters and our sister Unions called on UC to stand with the workers whose work has built UC. UC has substantial resources that it can draw on to avoid layoffs and cuts to workers and services, including billions of dollars in reserves and stimulus funds. Jason Rabinowitz, Local 2010 Secretary-Treasurer, urged UC to use creative solutions such as reassignment of staff, telework opportunities, reduction of executive bloat, and addressing deferred maintenance, rather than resorting to layoffs.

President Napolitano said that she will make an announcement to the UC Board of Regents regarding UC workers not represented by a Union during her comments on May 20.

The Governor’s May Revision of his State of California budget proposal contains a 10 percent cut in funding to both the University of California and California State University. According to budget estimates, about 10 percent of the entire University of California budget and more than 50 percent of the CSU budget is state-funded. Gov. Newsom also announced a proposal to cut state workers’ pay by 10 percent. This proposed cut to state worker pay does not apply to UC and CSU employees. As of today, the UC and CSU have not made any proposed cuts such as these for their employees. We must keep fighting together to avoid such cuts. The Governor acknowledges that much of these cuts can be avoided if the United States Congress adopts the $1 trillion stimulus plan. Contact your Congressmembers and tell them to provide critical funding to California higher education now!

Teamsters Local 2010 today sent a letter to all U.S. Senators and Representatives, pointing out that the CARES Act stimulus monies won’t be enough to keep the UC and CSU running for students, staff and the community. Local 2010 and the International Brotherhood of Teamsters are aggressively pushing for additional federal funding for higher education in the next round of stimulus funding being debated by Congress. Layoffs and harmful cuts to our pay and benefits can be avoided if Congress adopts significant additional state and higher education funding. Contact your Congressmember and tell them to provide critical funding to California higher education now! 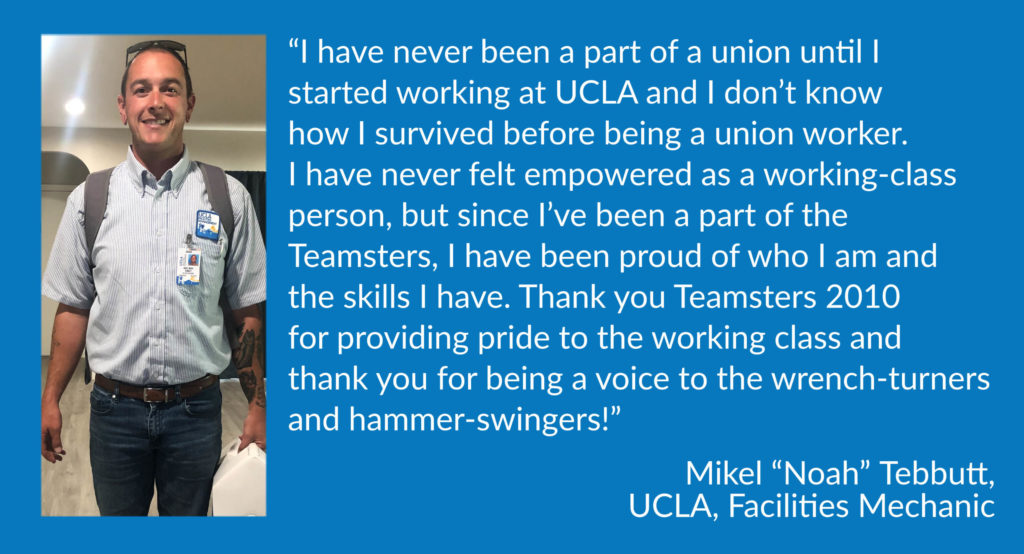 Share
PrevPreviousTeamsters Demand No Layoffs in Light of Fall Online Instruction Announcement
NextTell UC & CSU Through Social Media ‘We Are All Essential!’Next