Our Union has been hard at work defending members and fighting for every Teamster’s rights and dignity on the job! Even as we continue our contract campaigns to secure fair wages and good jobs for our bargaining units currently in negotiations, remember to always reach out to a Union Steward or Representative if you need help at work. From biased bosses to withheld wages, our Union contract must be enforced in order for us to maintain our rights!

This ruling was made possible by Senate Bill 698, “Timely Pay for UC Workers,” which Teamsters co-sponsored in 2019. SB 698 gives UC workers the ability to file wage claims like Erika’s with the State of California Department of Labor Standards Enforcement.

Previously, the UC took advantage of an exemption for UC employees in Section 220 of the Labor Code that allowed them to avoid paying waiting time penalties for late wages. Now, Erika is one of the first Teamsters in the state to file a claim with the assistance of our Union, asserting her right to on-time pay! 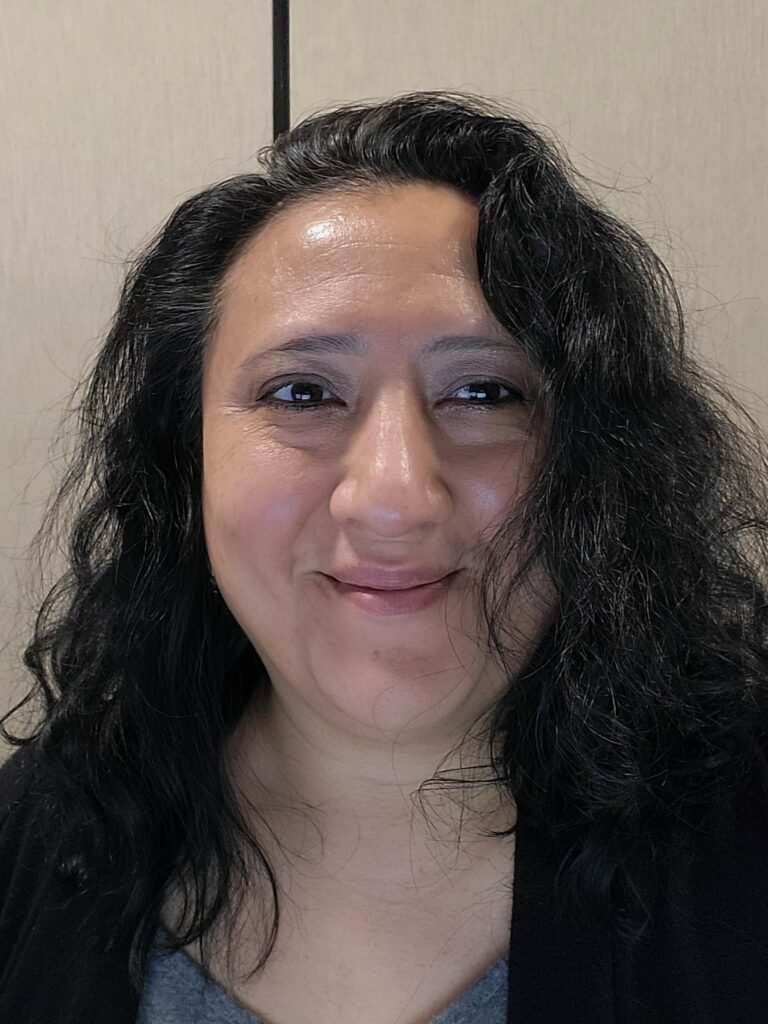 “I am so grateful to Teamsters for sponsoring this legislation and their guidance,” said Teamsters Local 2010 member Erika Navarro-Mader. “I hope no one else has to go through not being paid on time again.”

Teamsters 2010 remains very concerned about the UC’s ability to pay employees in a timely manner. Considering the chronic mismanagement of the UC PATH Center, we must be vigilant in ensuring we are paid correctly and on time, and to hold UC accountable for their disregard for dedicated employees. Always check your paystubs and investigate any discrepancies in pay! 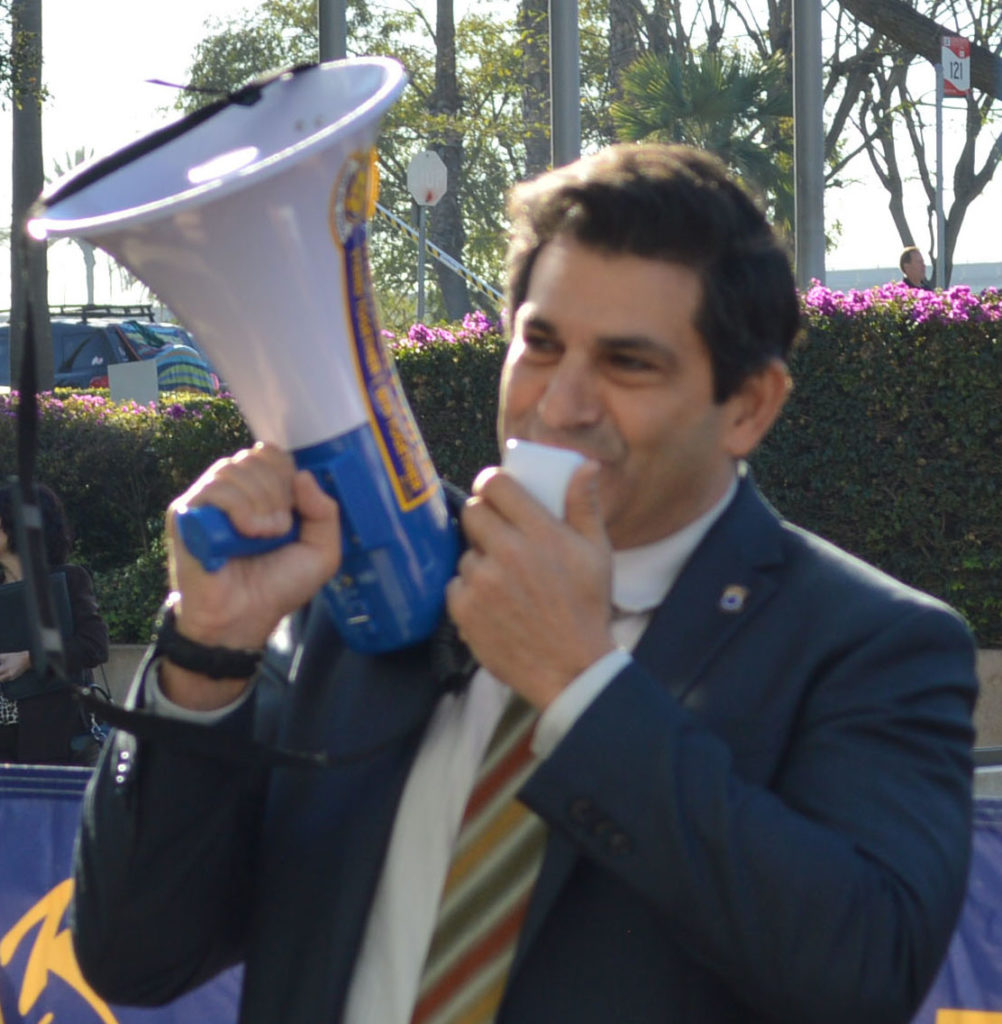 “Together we have built Teamsters Local 2010 into a powerhouse for workers rights by standing together to take workplace action, training hundreds of effective stewards and tirelessly enforcing our contracts.”

And more wins for UC Teamsters:

Putting a stop to contracting out at CSU!

The CSU has a big problem: University leadership just loves to contract out work that should be assigned to Teamsters Skilled Trades workers! All across the state, campus leaders think they can save money and cut corners by bringing in outside workers who we inevitably spend days cleaning up after. It’s a violation of our Teamsters contract and, ultimately, doesn’t make fiscal sense.

Luckily our Union contract gives us the means to remind the CSU why our work must stay in-house. Here’s just a few of the contracting-out wins members have won in the past six months after we filed Union grievances against the CSU: 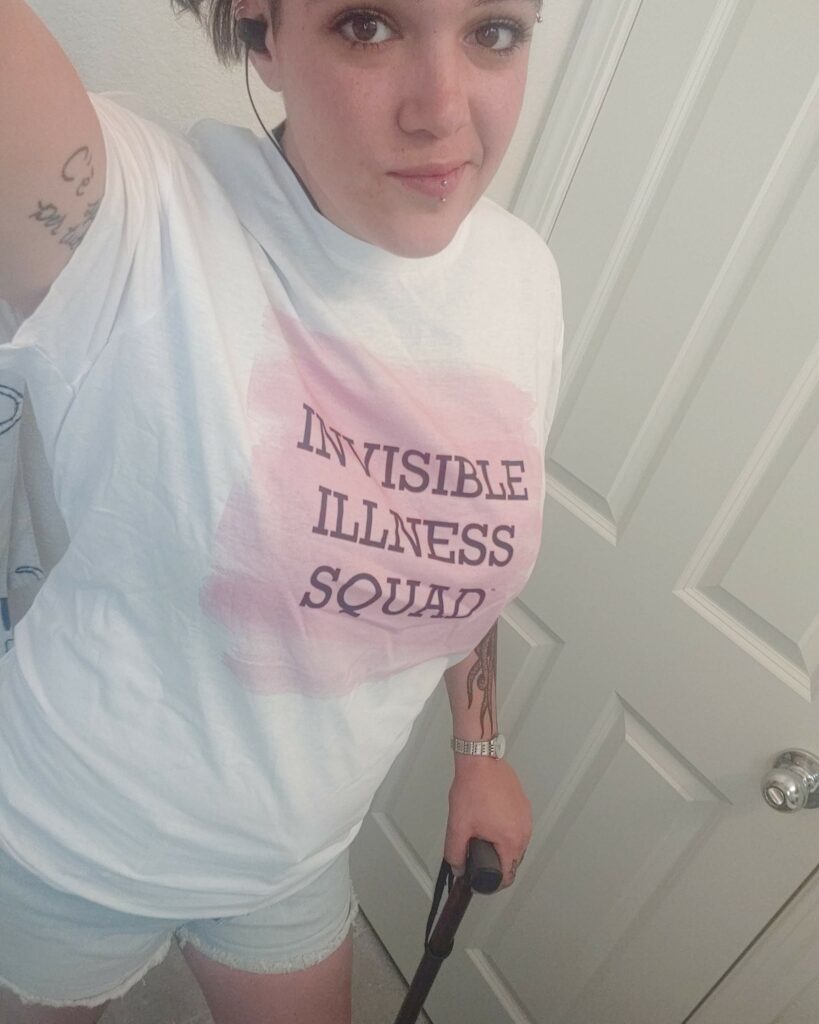 When Pia Wright, a four-year employee of UC Davis’ catering department, was faced with a health downturn and worsening disability, she thought her employer would understand.

She applied for a less physically demanding position in the same department and changed titles from Catering Event Coordinator to Catering Sales Coordinator in September 2021. However, even as her doctor attested that she needed work with less heavy lifting and at least two hours she could spend off her feet, Pia’s job duties never actually changed. She was stuck overworking her body, standing for 10-12 hour shifts and lifting more than 50 pounds in her daily work. Worried that UC Davis might never respect her required accommodations or her new role, she called her Union Rep.

Union Rep Mike Erazo immediately got to work, joining Pia for meetings about her accommodations and advocating for her in communications with management. However, UC Davis didn’t make it easy. The catering department continued to schedule accommodations-related meetings without informing Pia’s Union Rep and refused to reschedule meetings so that Mike could attend. Finally, asserting every Teamsters’ right to have a Union Rep present during accommodations meetings, Local 2010 succeeded in securing temporary accommodations for Pia and ensured she was placed into the Sales Coordinator role she’d accepted months prior.

Unfortunately, the UC’s mismanagement wasn’t over yet. By February 2022, Pia was working as a Sales Coordinator, but with only a fraction of the job responsibilities that should have been hers. She was given just five of the department’s hundreds of clients to manage, leaving her coworkers overworked and Pia the subject of further discrimination, including being barred from attending events that were a critical part of her job.

The fact that this was discrimination against Pia on the basis of her disability was made clear: in early February, Pia and many of Pia’s colleagues listened as a top-level manager in the catering department held a loud and public discussion with Pia’s supervisor in which the manager said: “Remember when we hired that cripple? And she couldn’t lift anything or get in and out of the trucks?” The word ‘cripple’ was used repeatedly in describing how this employee “was not useful to the company and it was a waste of time to go through that whole hiring process.”

Pia immediately reported the incident to her Union Rep, who filed a complaint. The department leader is no longer employed by UC Davis and Pia finally has permanent accommodations for her disability. No longer restricted in her work, she’s succeeding as a Catering Sales Coordinator and wants every Teamster to know that they have a right to Union representation during the accommodations process.

“My union rep and the Union as a whole came to my aid when I needed it most. I could not have gotten the permanent accommodations and the position I have now without my Union support. I am grateful to Mike for helping me through the harassment I dealt with, and for making me feel safe and supported in my workplace.”

“When Pia told me what happened, I was livid!” said Teamsters Local 2010 Union Rep Mike Erazo. “But I was also impressed because Pia remained graceful in the situation and asked that her department be given an opportunity to make things right.”

No vacation time lost at UCB!

Do you have concerns about your vacation time accrual since March 2020? Contact your Union Rep ASAP! At UC Berkeley, nearly a dozen CX Teamsters lost vacation hours after the University failed to notify them when they reached the accrual cap.

The problem was especially widespread as workers were forced to cancel travel and shelter at home during the first year of the pandemic. Rather than take the extraordinary circumstances into account, UC Berkeley allowed Teamsters to lose days’ worth of vacation time—one Teamster lost 60 hours due to the University’s failure to communicate! When workers contacted Local 2010, our Union quickly filed a grievance, forcing the University to audit every single case of lost vacation. Almost a dozen Teamsters have now had their vacation time restored, from as few as 16 hours to much, much more. 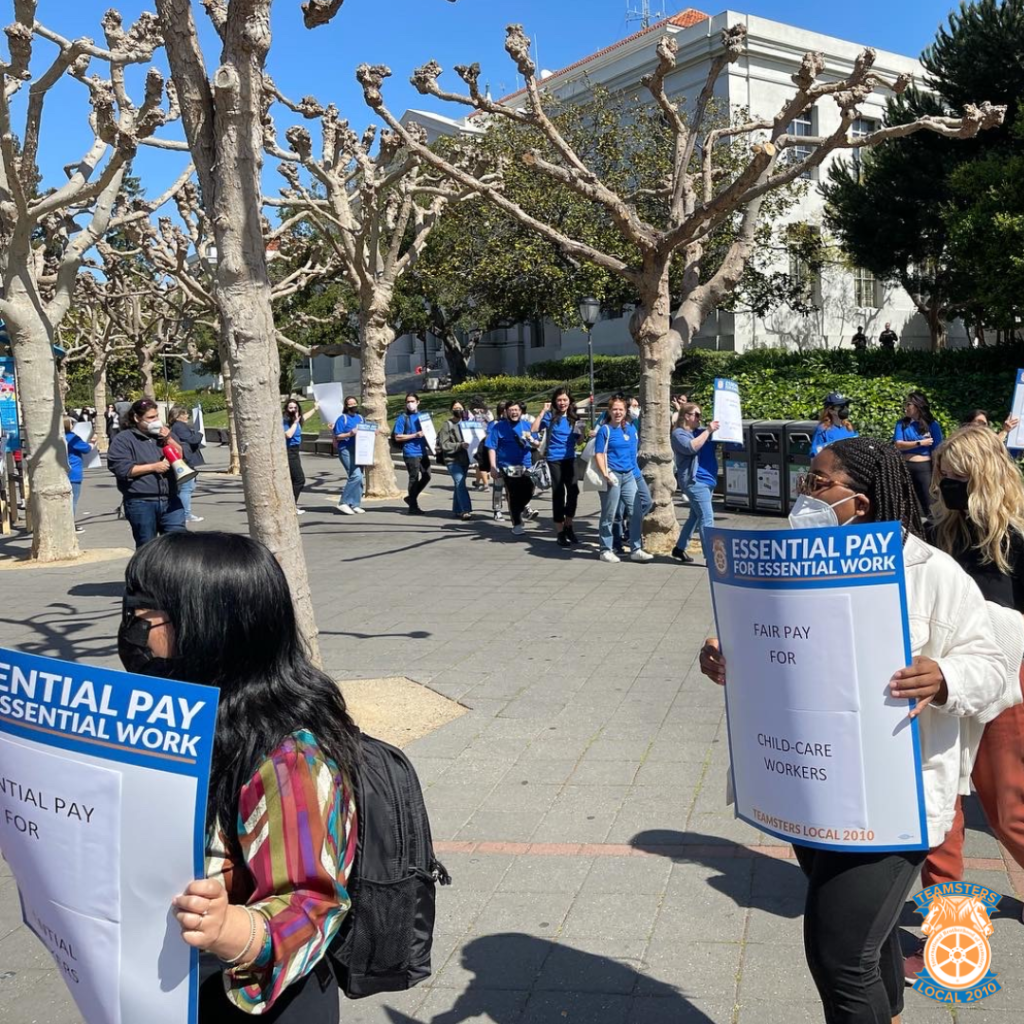 If you think your vacation time has failed to accrue, reach out to your Union Steward or Rep immediately! Vacation time lost in this way is a violation of our Teamsters contract and a violation of California law. We won’t let the UC take advantage of pandemic confusion to deny us rightfully earned paid time off! 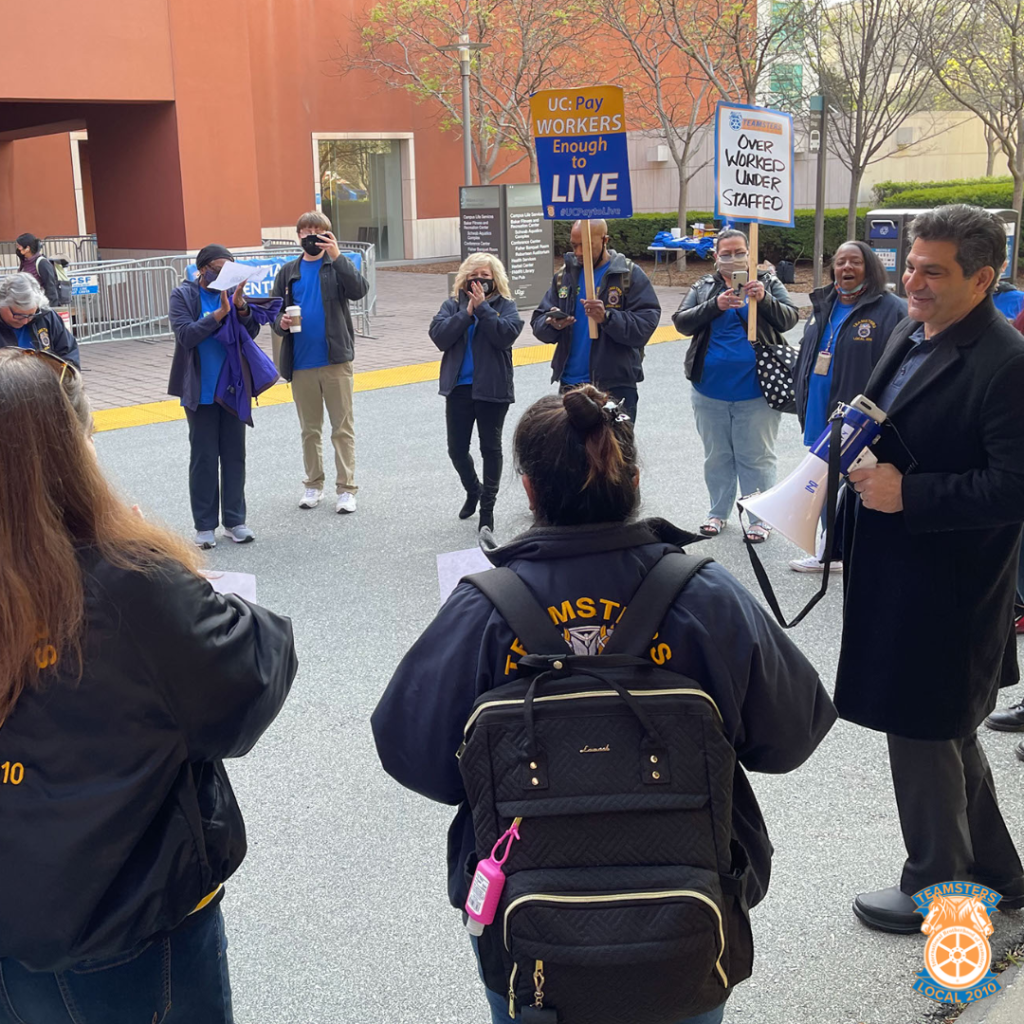 When dispatchers at UCSF Health received a “suggestion” from management that they shadow AFSCME-represented workers around UCSF hospitals, supposedly for professional development reasons, they knew something was wrong. They quickly called their Union Rep, who immediately got in touch with UCSF management.

While management tried to pretend that the new work being given to Teamsters dispatchers was purely voluntary and for workers’ benefit, our members knew better. We informed UCSF management that this back-door attempt to assign more work to Teamsters from another bargaining unit was completely out of line, and AFSCME agreed. Under pressure from both Unions, management backed down and dispatchers returned to doing the critical work that’s actually in their job description—dispatching!

State and federal stimulus dollars flooded the UC during the pandemic and our Union has fought hard to make sure members get our share of that wealth! At UC Santa Cruz, Teamsters Local 2010 won $300 for each of our CX teachers working at UCSC’s early childhood education center.

Members petitioned campus leaders and were turned down twice before we escalated our request to the Associate Vice Chancellor for Colleges, Housing and Educational Services. The Associate Vice Chancellor agreed that our members’ sacrifices and dedication during the pandemic could no longer be overlooked and awarded each CX Teamster teacher at the center $300 from the University’s state-provided funding!

Tons of wins for UCSC and UCM Teamsters! 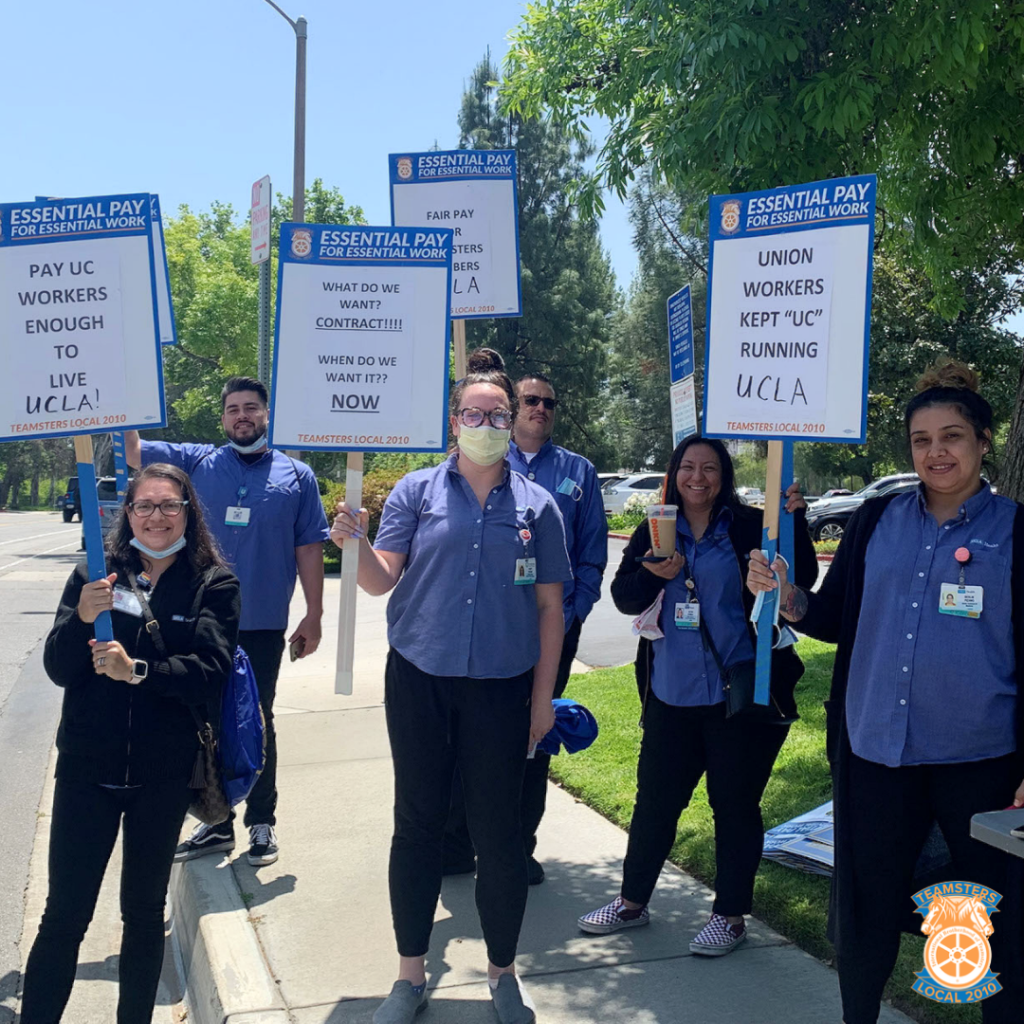 Fifteen Teamsters at UCLA Health were awarded more than $7,000 in retroactive pay after our Union filed a grievance against UCLA for failing to pay out shift differentials to Teamsters working 13-hour shifts. The University denied any responsibility, but we didn’t give up, taking the case to arbitration and winning retro pay for Teamsters who’d been denied their rightful pay since at least 2020!

Union solidarity doesn’t only mean helping each other in the workplace. Teamsters 2010 was honored to present UCSF sister Murdoch Pouvalu with a $500 check to help her family members affected by the volcano and tsunami disaster in Tonga.

“I grew up in Tonga and moved out here about seven years ago, but my immediate family is in Tonga. This disaster was more personal for me because my whole family is out there and I knew exactly what they were going through and how certain things can affect them,” Pouvalu said. “I am grateful to have been in contact with [Teamsters 2010 Union Rep] Mary Higgins who informed me about resources that Teamsters provide. Today, I was presented a $500 check to help with any supplies I will be sending, which I am really grateful for. Thank you Teamsters!” 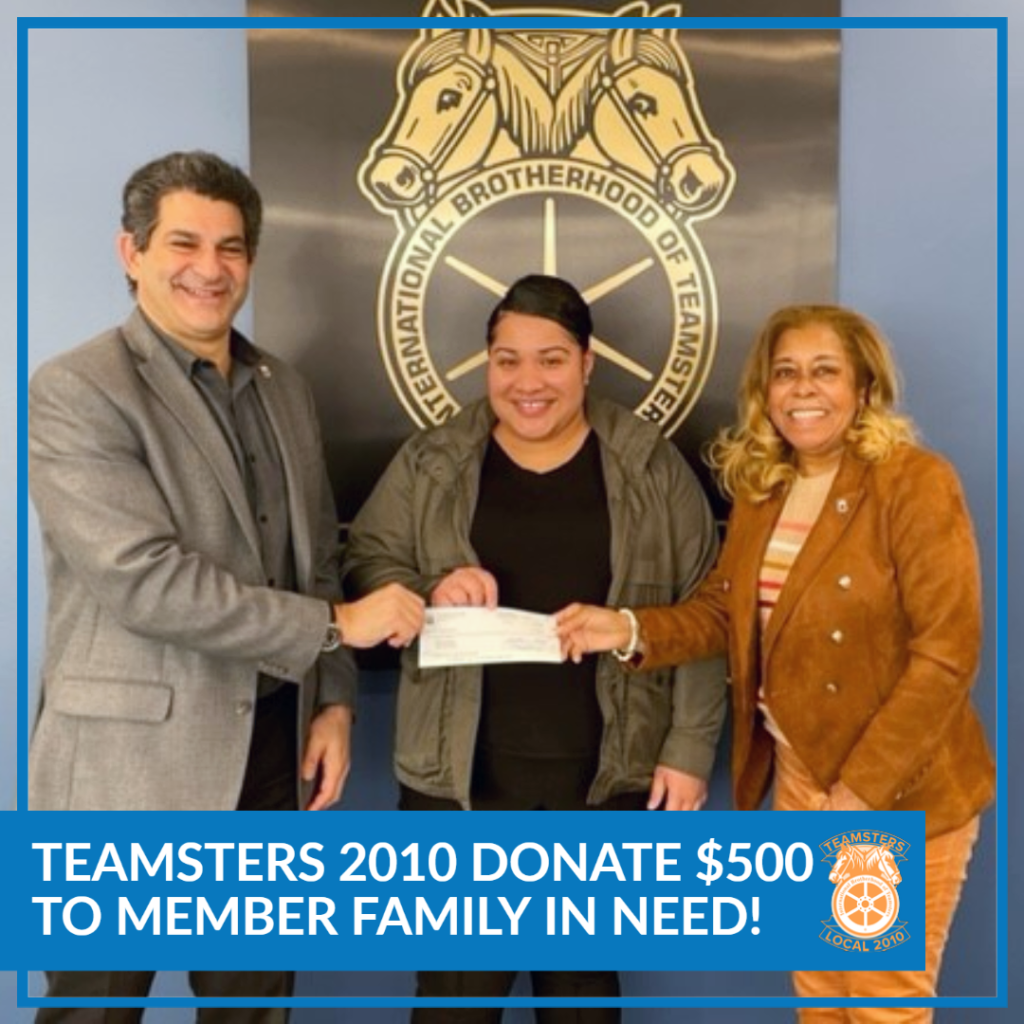 Teamsters 2010 President Catherine Cobb said, “Local 2010 stands strong with the people of Tonga while they deal with the devastating effect of the volcanic eruption and the recovery efforts. To assist in the recovery efforts, Local 2010 donated $500 to our sister Teamster, Murdoch Pouvalu, to help her family in Tonga.”

More wins from our Union!

“The equity increase and STAR awards helped me to feel very proud of our Union Teamsters who have worked hard to help all teachers at EES and remind us of our power as a Union!”
Didi Fitzgerald
Teacher 2, School Age at UC Santa Cruz
Share
Share on facebook
Share on twitter
Share on email
PrevPreviousTeamsters #GoodJobs Lobby Day a Huge Success!
NextCX Unit Bargaining Update – We’re Speaking Out!Next