As this year comes to an end, we look back on how much we accomplished by standing together as Teamsters. From saving hundreds of jobs from layoffs, to winning a contract extension for our new CSU Skilled Trades members, reaching 80% membership, and winning hundreds of thousands of dollars for our members in backpay and equity adjustments, we strengthened our Union and won victories for our members!

We had many victories, but here are some of our biggest wins of the year: 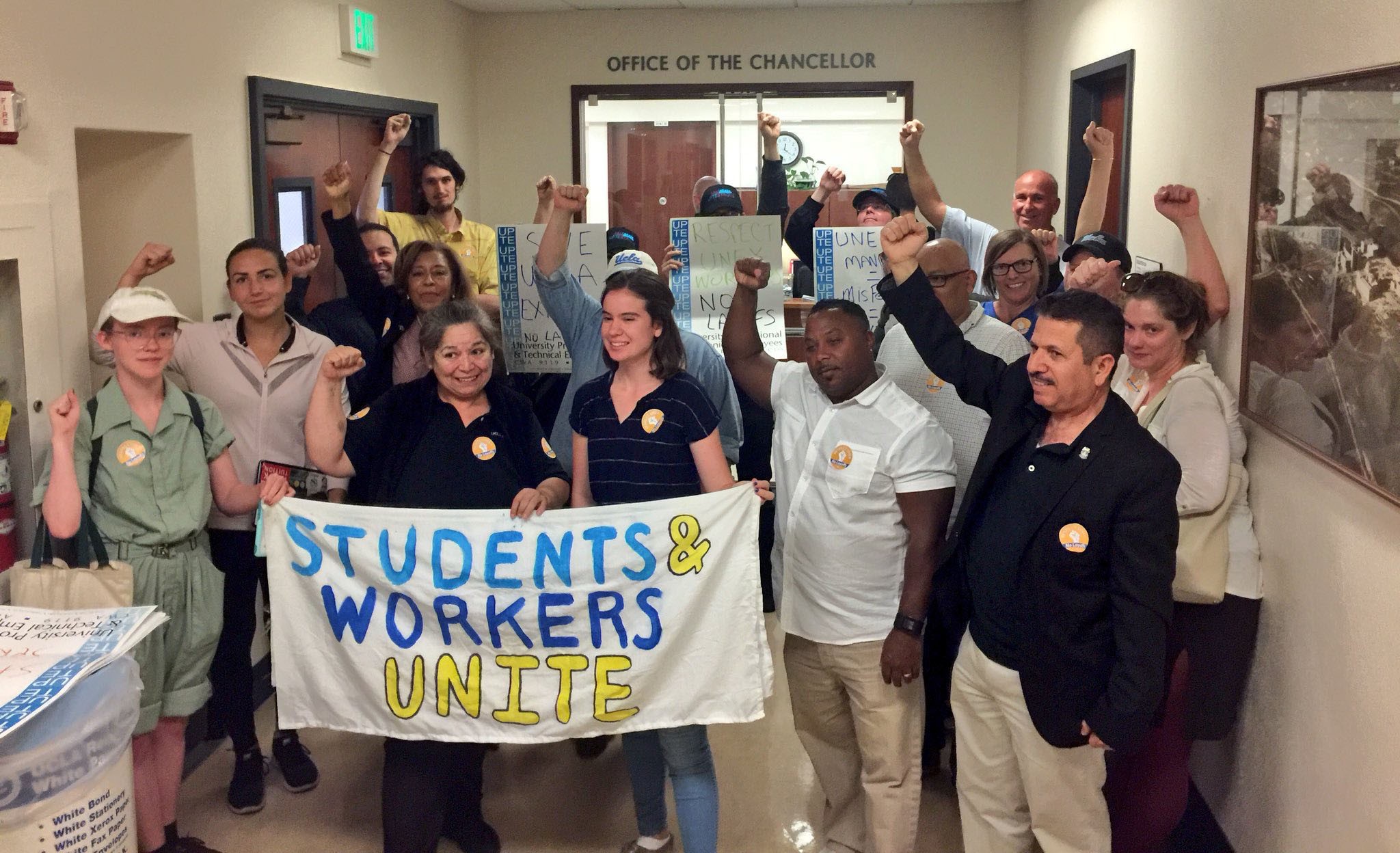 Teamsters Save Hundreds of Jobs at UCLA-UNEX

Earlier in the year, UCLA Dean of UCLA Extension (UNEX) Wayne Smutz announced that UNEX had a $10 million deficit that would result in planned layoffs of 25% of department employees. Our Union Representative, stewards, and leaders quickly sprang into action and created a petition demanding accountability for UCLA Extension and Dean Smutz.

Within days, our leaders began to coordinate a strategic plan to mobilize members and the UCLA community. Our members first demonstrated their growing solidarity by wearing visible Union stickers, t-shirts, and other gear. Soon after, our members and the UCLA community increased the pressure on UCLA leadership by delivering petitions to Chancellor Block and speaking at the UC Regents meetings.

Since then, Dean Smutz has resigned and UCLA-UNEX has stated that there will be no layoffs. Congratulations to all of our representatives and members. Your hard work saved the jobs of hundreds of workers. 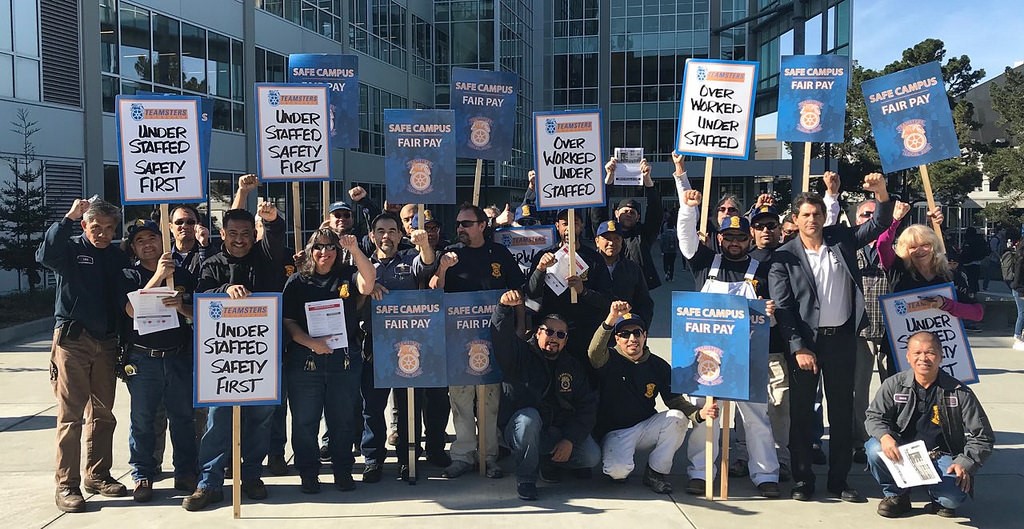 In usual Teamster fashion, we dived into 2018 full-force by affiliating 1,400 skilled trades workers the previous year and taking on contract negotiations for our California State University Skilled Trades members.

Though the University did not expect much from us with the recent affiliation, we had other ideas. We planned and coordinated a strategic plan of direct-
action, mobilizing thousands of members to pickets, actions, and several Board of Trustees meetings demanding CSU invest in campus safety and pay our members a fair wage.

By March, our Skilled Trades members overwhelmingly voted to ratify our first Teamster contract, which included guaranteed raises totaling over 10 percent compounded over three years. We also won the right to a fair procedure for granting In-Range Progressions, with a neutral arbitrator hear any appeals. Congratulations to all our Teamsters representatives, lobbyists, and members for your help in this historic win. 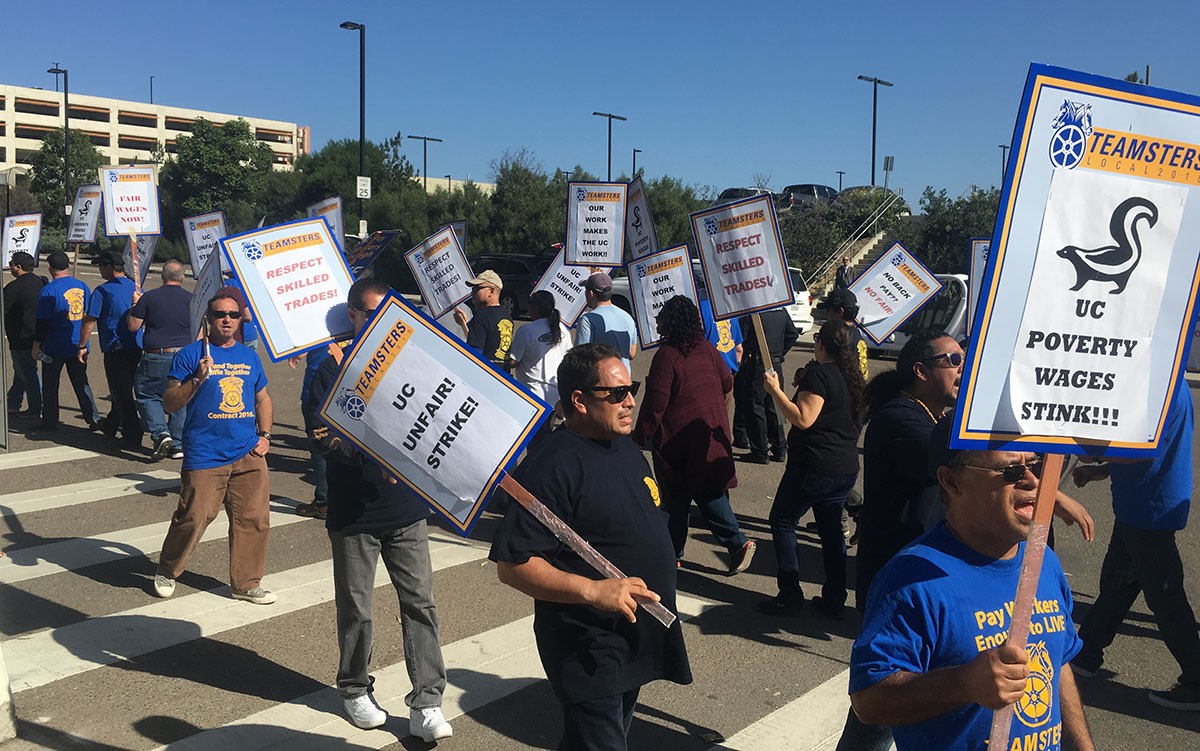 Local 2010 Wins ULP for Worker Rights on the Strike Line

Another one of our biggest wins of 2018 was years in the making. Earlier this year, the University of California agreed to settle the Unfair Labor Practice charge we filed during our 2016 strike when UCSD interfered with the rights of our members.

At several locations, UCSD management and UCSD Police prevented our members from speaking with the public about the strike and asking them to honor the picket line. University PD even went so far as to break our strike line and arrest one of our Union Representatives for exercising their right to picket.

Through the hard work of our Local 2010 Representatives and members, we were able to win a settlement in which UCSD acknowledges that Union members at Local 2010 and other Unions have the right under state law to engage in picketing free from any University interference.