The Cal/OSHA representative inspected rooftop exhaust fans and stacks and identified areas on the roof and in the locker room where Emmanuel Gomez and other Skilled Trades employees may have worked.

Teamsters Union Steward Laura Newman and Teamsters Representative Judith Serlin accompanied, as did several UCLA representatives. In February 2020, our Union requested that UCLA employees, including those in the Skilled Trades unit represented by Teamsters Local 2010, be fit-tested for respirators including N95 and provided with the make, model and size respirator for which they had been tested and trained on proper usage. It took UCLA several months to complete the fit-testing, training and distribution of respirators for workers in the unit. Teamsters 2010 continues to work with Skilled Trades workers to make sure that they have been fit-tested for respirators as needed. 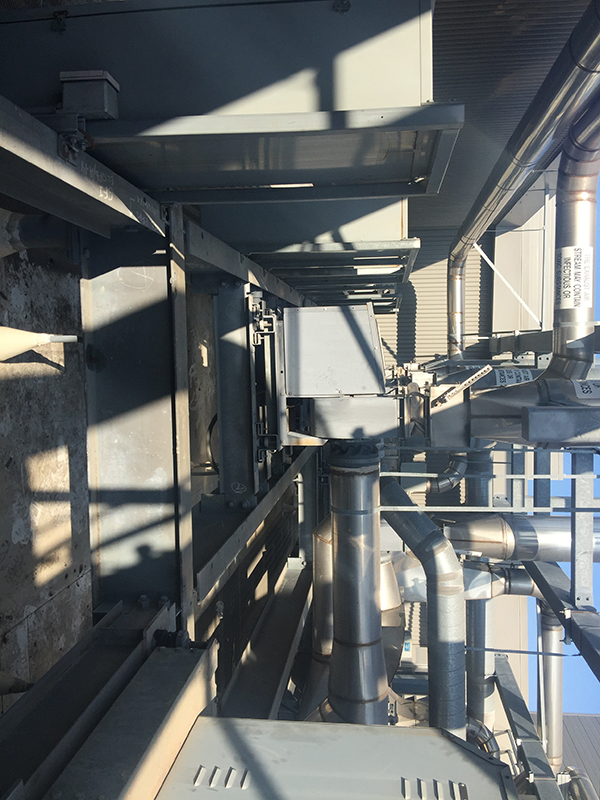 An area at Ronald Reagan UCLA Medical Center viewed by the Cal/OSHA inspector. 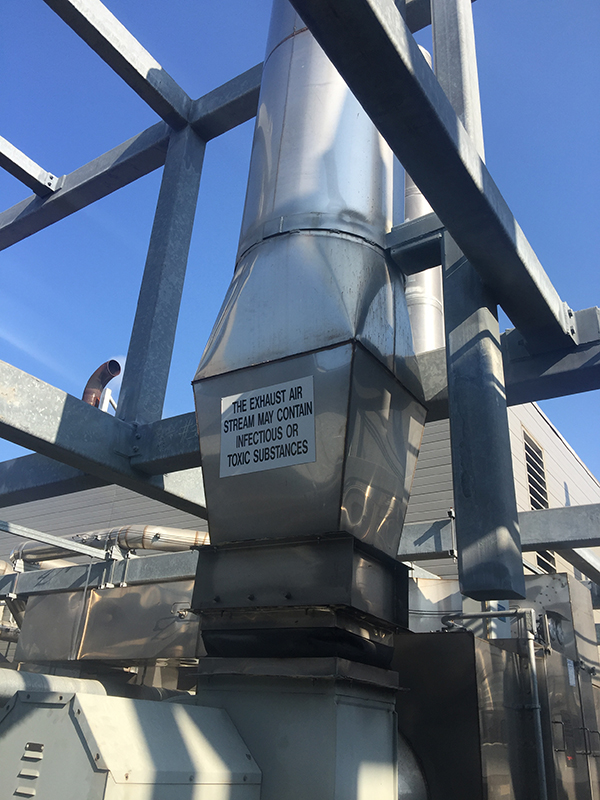 A piece of exhaust equipment on the roof of Ronald Reagan UCLA Medical Center.

Teamsters Hold Vigil on May Day

Teamsters Local 2010 members who were shocked and saddened by Emmanuel Gomez’s death participated in a vigil for health and safety in his memory at UCLA on May 1. May 1 is International Workers’ Day, a day to honor workers.

“A world-class facility like UCLA Health should have a rock-solid plan in place to protect workers from exposure to disease,” said Teamsters Local 2010 Secretary-Treasurer Jason Rabinowitz. “Private sector and other public sector hospitals statewide are required to have a full Aerosol Transmissible Disease Exposure Control Plan filed with Cal/OSHA that includes PPE such as respirators and training on their use. The UC acted irresponsibly in their stance that they do not have to follow state regulations and put workers and the community at risk.” 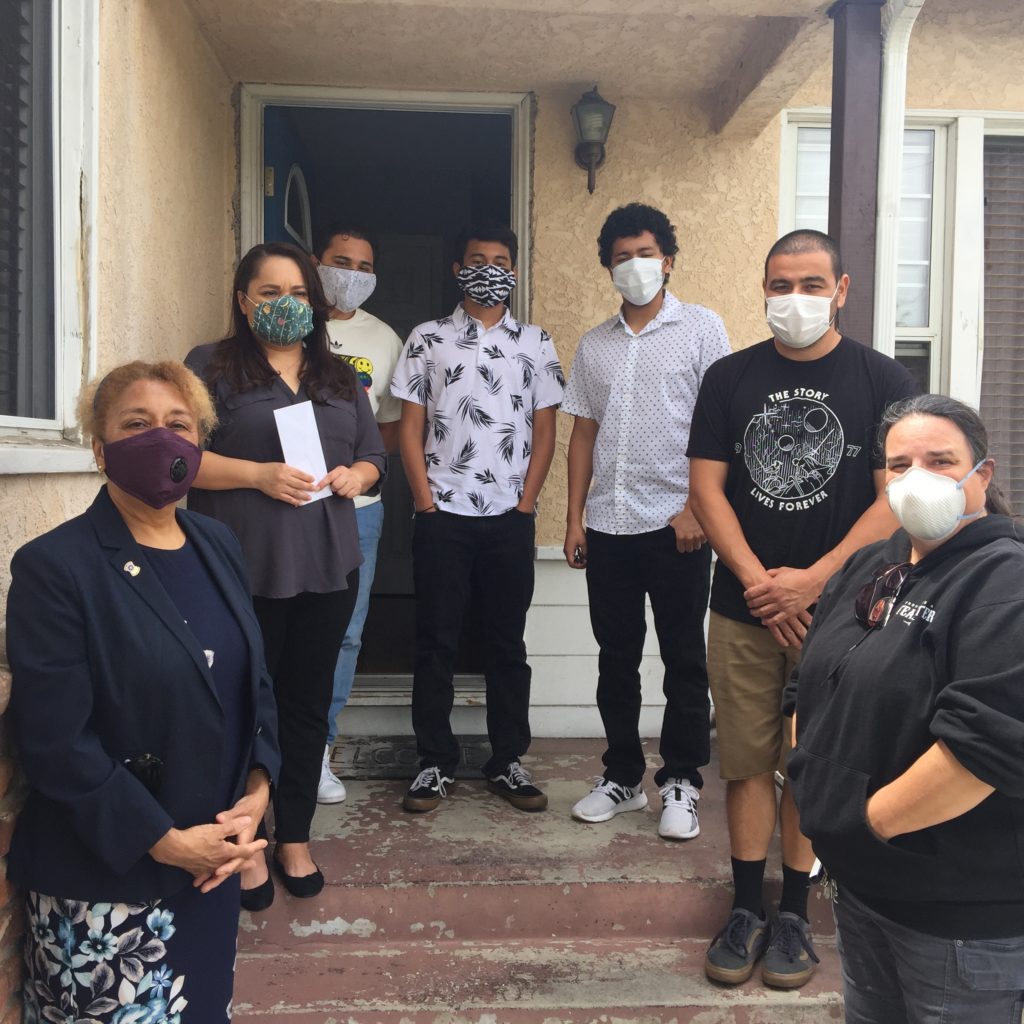 On May 31, Teamsters Local 2010 President Catherine Cobb and UCLA Service Engineer and Teamsters Steward Laura Newman presented a check for $11,626 to Emmanuel’s wife, Maria, and their three sons. Emmanuel’s nephew, Diego Polanco, who is a UCLA Facilities Mechanic, was also in attendance.

“Emmanuel was an inspiration to those who worked with him,” Newman said. “He was a tireless and selfless coworker and a kind and gentle person who loved spending time with family and friends.”