UCLA demanded takeaways, attacking our Union and our stewards. UCLA proposed work rule language which would limit or eliminate our right to negotiate and was one of the proposals which led to a strike in 2017. UCLA proposed take-aways to language that allows stewards prep time for grievances and arbitration and steward training to represent our coworkers.

Instead of creating a culture of safety, they blamed employees for health and safety problems. To top it off, the University proposed vaccine mandates, not just for COVID but for any proposed vaccine that may arise in the future.

Stay tuned: the University is gearing up for a fight!

Our Bargaining Team proposed that:

In response to Teamster proposals, the University and Teamsters have tentatively agreed to the following language:

Our Union Bargaining Team stands upon the shoulders of past leadership in 501 and SETC and have agreed to current contract language or slight changes on the following contract articles: Positions and Appointments; Safety Lockout Program; Bargaining Unit Work; Uniforms, Tools and Equipment; Severability, Probationary Period and Discipline and Dismissal.

For the current contract: https://teamsters2010.org/uc-los-angeles-k4-skilled-trades-contractnegotiations/ 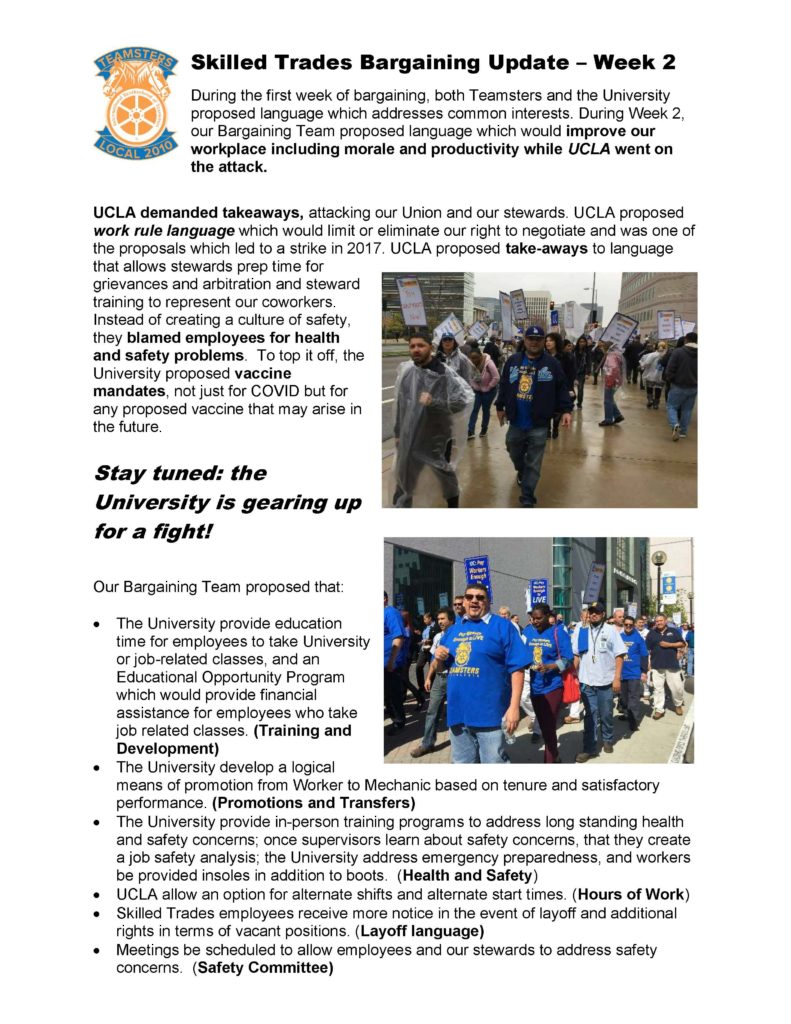 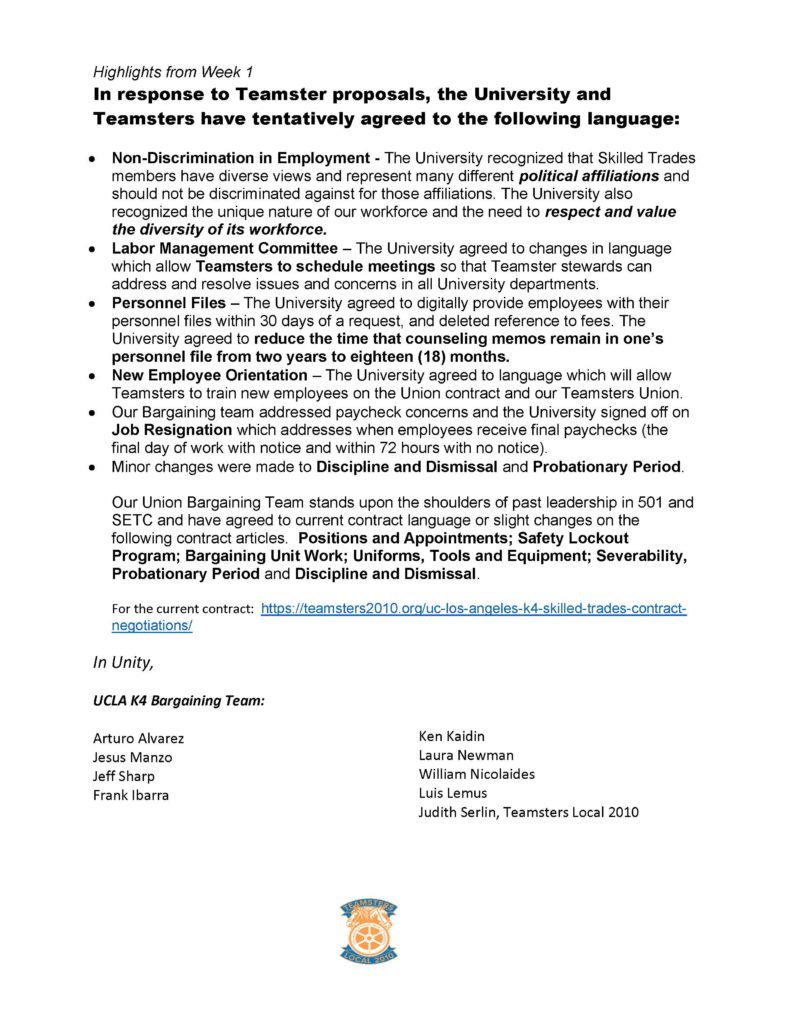