Our Union Stewards, Representatives and activists have been busy at campuses (and an airport!) across the state, making sure Teamsters are given the respect, dignity, and wages we have earned on the job. Check out some of our recent Union wins below!

You can count on Teamsters power from the minute you become a Teamster! Months after Local 2010 brought UC Administrative Officers (AO2s) into our Union in late 2020, we noticed something wrong: eight AO2s at various campuses were still considered “contract” employees, even though our Teamsters contract doesn’t allow such a designation.

When Local 2010 attempted to correct this error with UC leadership and get these AO2s converted to their correct career designations, our Union was shot down. The UC said it wasn’t happening. 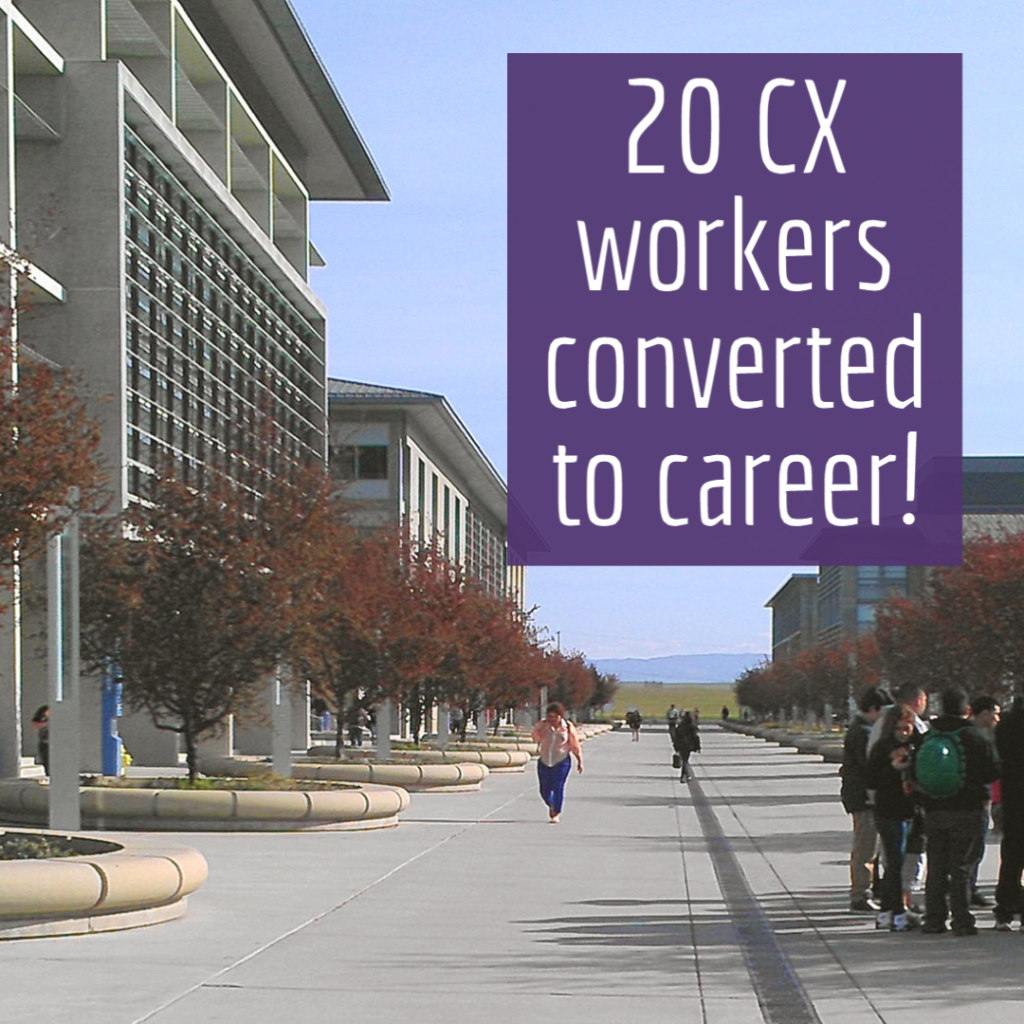 Local 2010 filed a grievance, pointing out that just months after AO2s joined the CX Bargaining Unit and gained the benefits and protections of the CX collective bargaining agreement, the UC was already violating their rights! UC eventually settled and the “contract” AO2s were converted to career positions.

IN A SIMILAR TEAMSTERS WIN, 12 Limited Appointment Position workers at UC Merced in the CBS2 department will get their service and pension credits extended retroactively to when they should have converted to career positions. Teamsters secured the agreement in lieu of continuing the grievance to arbitration, and CBS2 will stop using limited appointments unless truly necessary. 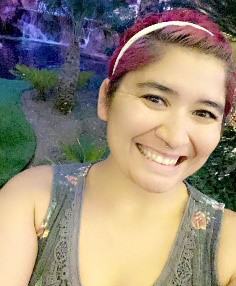 “This is such great news and I am so happy that we have been able to get this conversion. This has been an even bigger win as we are in the midst of the negotiation process for all AO2s. Working under a title that is now a career title is so important to myself and my family, because it creates a sense of stability in my position and career in the UC system.”

A big win for Teamsters at CSU SF after Local 2010 filed a grievance to stop the University from contracting out our Bargaining Unit work! Three of our Skilled Trades members received more than $200 each after the University hired contractors for water fountain installation work that should have been completed by our members. Thank you to Local 2010 Steward Dave Hagstrom for leading the fight against this contract violation!

Another win for Skilled Trades Teamsters: 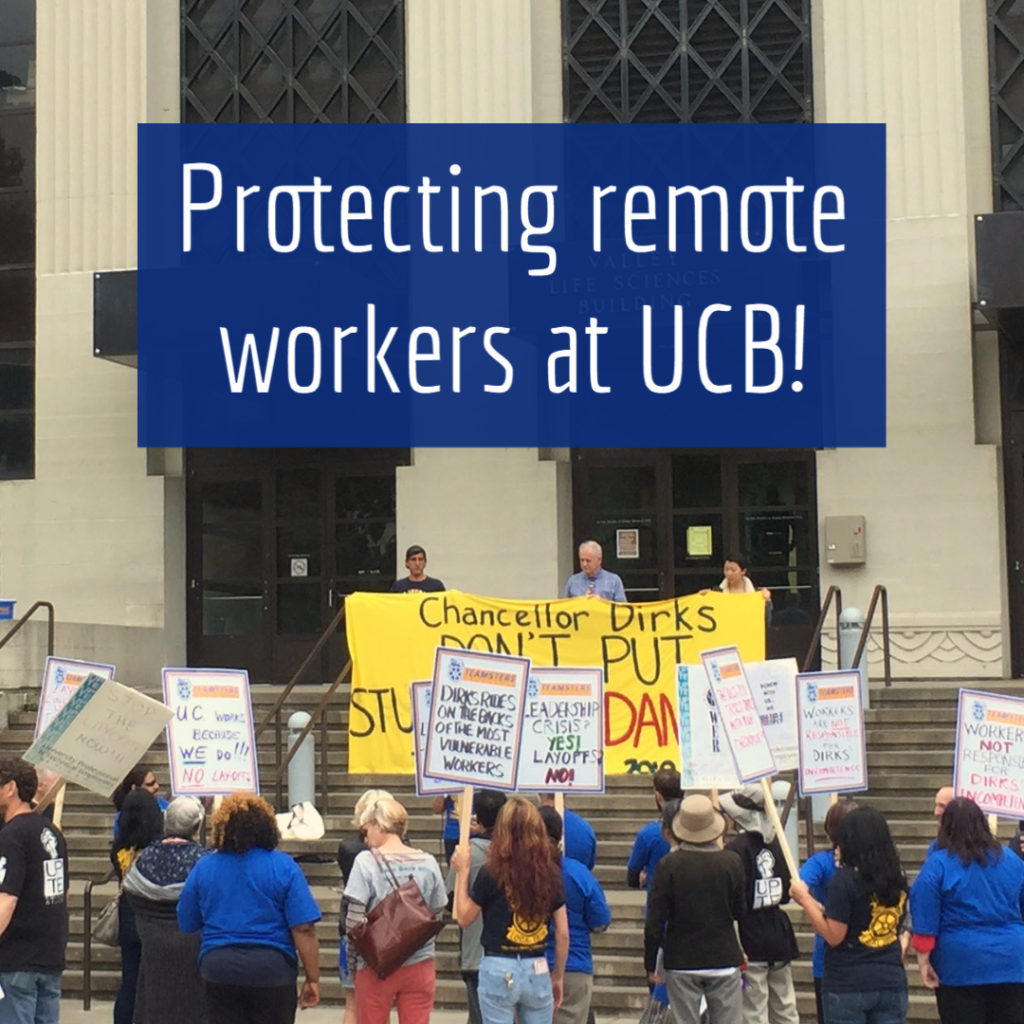 When UC Berkeley introduced their new flex work policy this summer, Local 2010 members were upset. UCB’s policy was disrespectful to workers, including minimal notice for any modification or termination of a member’s flex work agreement, plus the threat of paycheck deductions for unreturned equipment. Members needed more security in their pandemic-era work arrangements and thanks to Local 2010, they now have it!

Local 2010 spent months in negotiations with UCB, organizing our members to make sure the University knew how unacceptable their proposal was. Members attended meetings, gave testimony, and sent dozens of emails to two UCB Vice Chancellors as part of a coordinated email campaign. Thanks to our Teamster collective power, we reached an agreement without giving up any of our demands.

Teamsters at UCB will now benefit from a Flexible Work Agreement (FWA) that brings UCB into alignment with other UC campuses and puts workers first. Members must be given 30 days notice before changes are made to their FWA, and even in the most urgent cases, the notice period can be reduced to 10 business days at the most. The threat of paycheck deductions can’t be used to try and retrieve equipment, plus the Union will get a say in how managers are trained on the new FWA program!

This is a big win for remote workers at UCB and an important precedent to set as the pandemic continues to change how we work. Thank you to all the Berkeley Teamsters who stood together and showed UC administrators our power!

Lunch is back on for UCSF Teamsters! A group of Practice Coordinators at a UCSF Medical Center spent years losing their lunch hours to management’s not-very-voluntary-at-all “Lunch and Learn” sessions. From 2016 until this year, these Local 2010 members sat through mandatory staff meetings and “learning sessions” week after week when they should have been taking the lunch hour guaranteed by our contract.

Finally, they had enough. Local 2010 filed a grievance against UCSF and the Practice Manager, who had violated our Collective Bargaining Agreement with the University by mandating these lunchtime meetings. The University denied the grievance three times before finally agreeing to make our members whole. Each affected member received monetary compensation for their lost lunch time, plus a guarantee that any future meetings management chooses to hold at lunch would be management’s business and not ours. We’ll stop by if we feel like it. 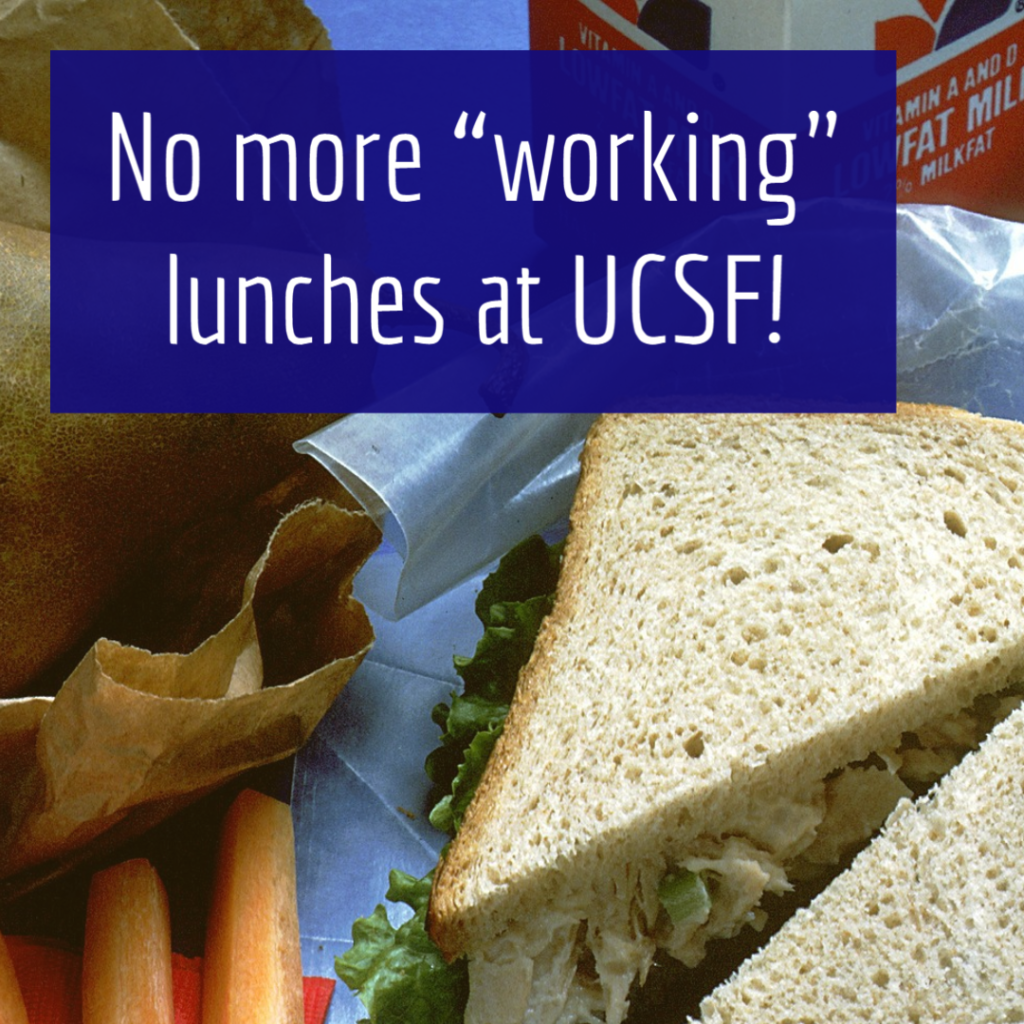 UCLA Teamster gets the help she needs! 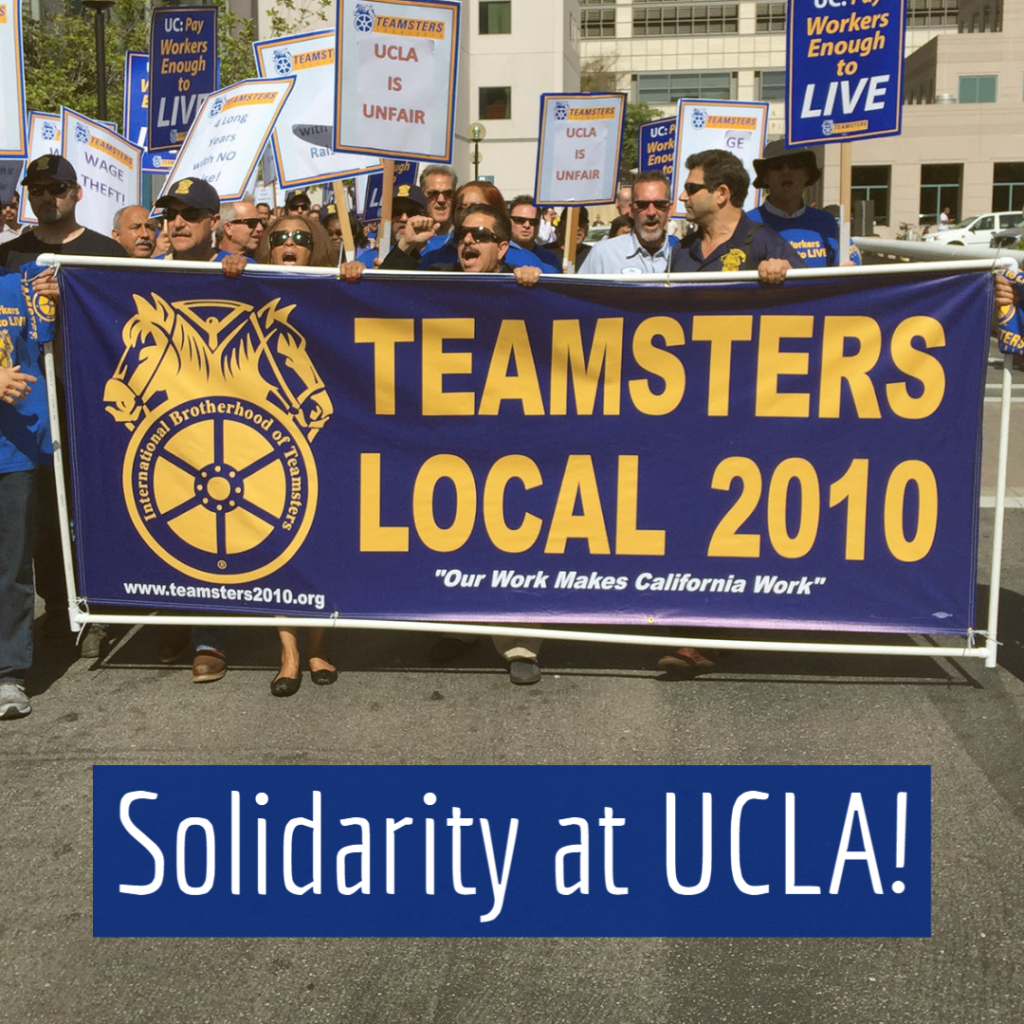 When Local 2010 fought to bring an improperly-classified worker at UCLA back into the Union, she had one request of the Union: she needed a coworker. She had spent the last five years with sole responsibility for a workload no one person could have handled alone, unable to even take a day off without work piling up, and she needed help.

Local 2010 filed a grievance to reclassify her as a Union-represented Admin III Patient Services Representative (PSR), which UCLA finally agreed to in August. Once our Union sister had the Teamsters standing with her, management heard her complaints! After ignoring her requests for help for years, management is now hiring a second Union-represented Admin III PSR to share the workload.

Our Teamsters contract guarantees consecutive-day pay for Police Dispatchers at UC Merced—if you work 12 hour shifts on more than four consecutive days, starting on your fifth day without time off you are entitled to 1.5 times your normal pay rate for every shift you work until you receive time off.

At a high-pressure, 24-hour workplace like the dispatch office, this policy is more than fair. But UCM still tried to deny our fellow Teamsters the additional pay guaranteed by our Union contract!

After years of manipulative scheduling and outright lies to Local 2010 members, members worked with our Union to file a grievance against the University in March 2021. The University quickly moved to settle, promising to properly compensate all Teamsters dispatchers going forward and to provide two years of back-pay to every affected member! This was a huge win for UCM dispatchers, who work hard and are entitled to respect and fair pay at work. Congratulations, UCM Teamsters! 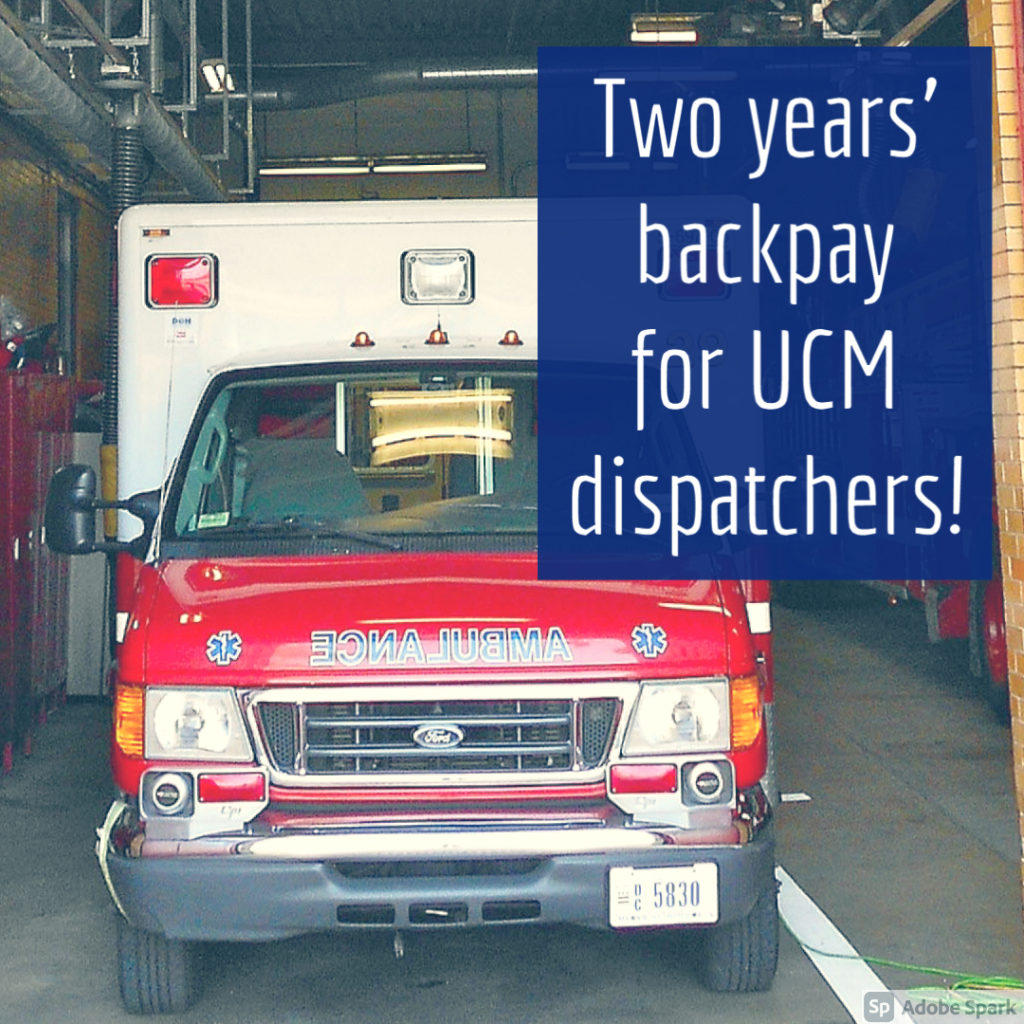 Tons of wins for UCSD Teamsters! 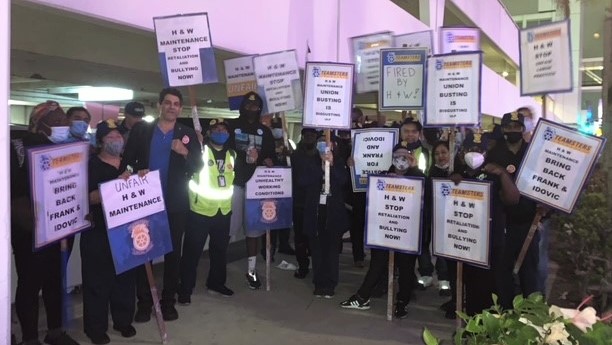 Teamsters Local 2010 members at LAX airport are standing together and winning back their workplace, after suffering for months under a manager who abused them, threatened them, and even called the police on them!

The 21 Local 2010 Teamsters working at LAX under H&W Maintenance are critical to keeping parking services clean and functional at one of the busiest airports in the world. When a new manager was brought in by H&W Maintenance in February 2021, workers hoped he would respect the hard work they do and help them get their jobs done. Instead, this new manager verbally abused them, retaliated against outspoken Union members, fired two workers, and disciplined others indiscriminately.

Local 2010 Teamsters knew they had to fight back.

Read more here! >>
"Because members are active and involved in our Union, Local 2010 is a powerhouse for workers’ rights. All across the state, we stand together for our rights, and we win together!" 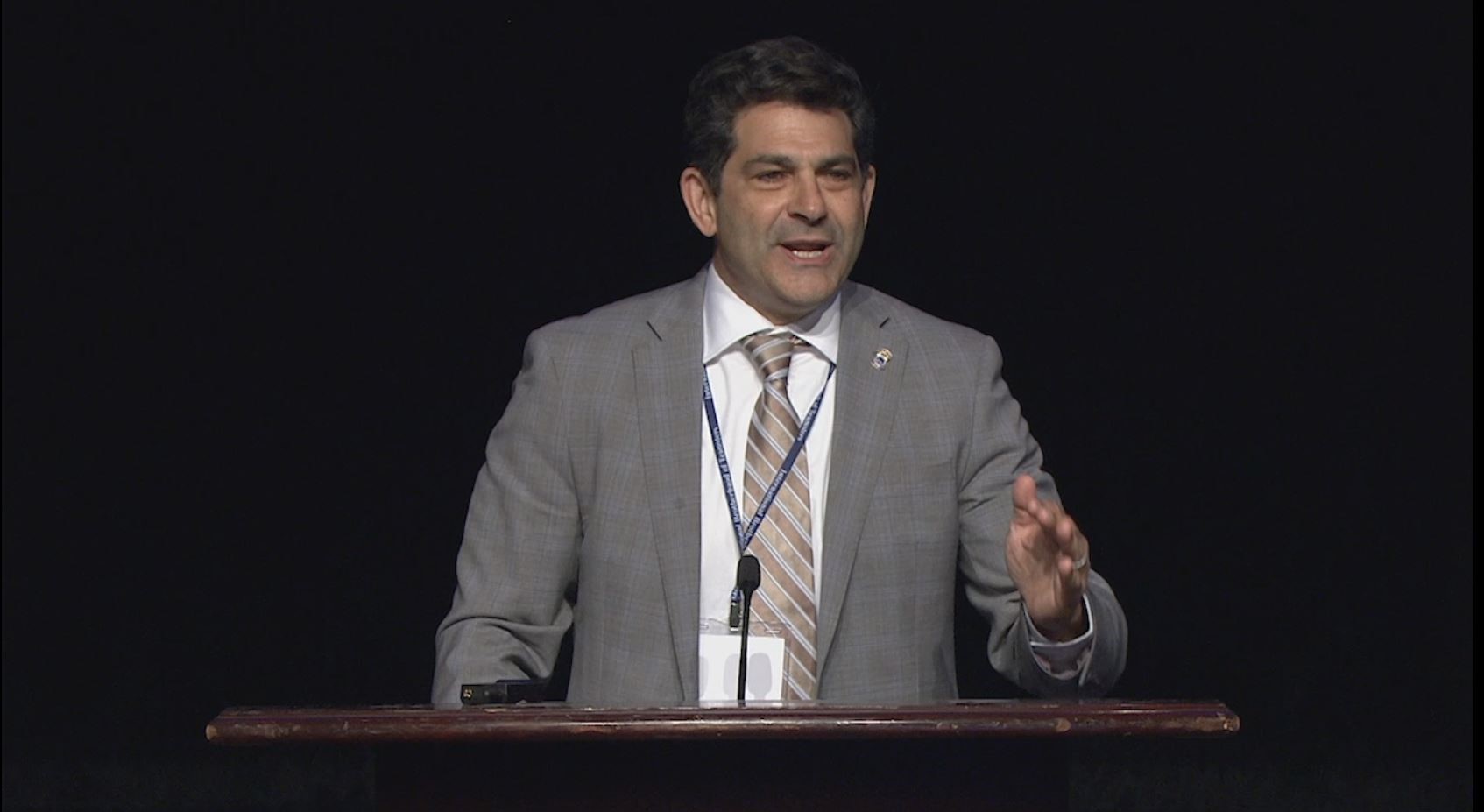